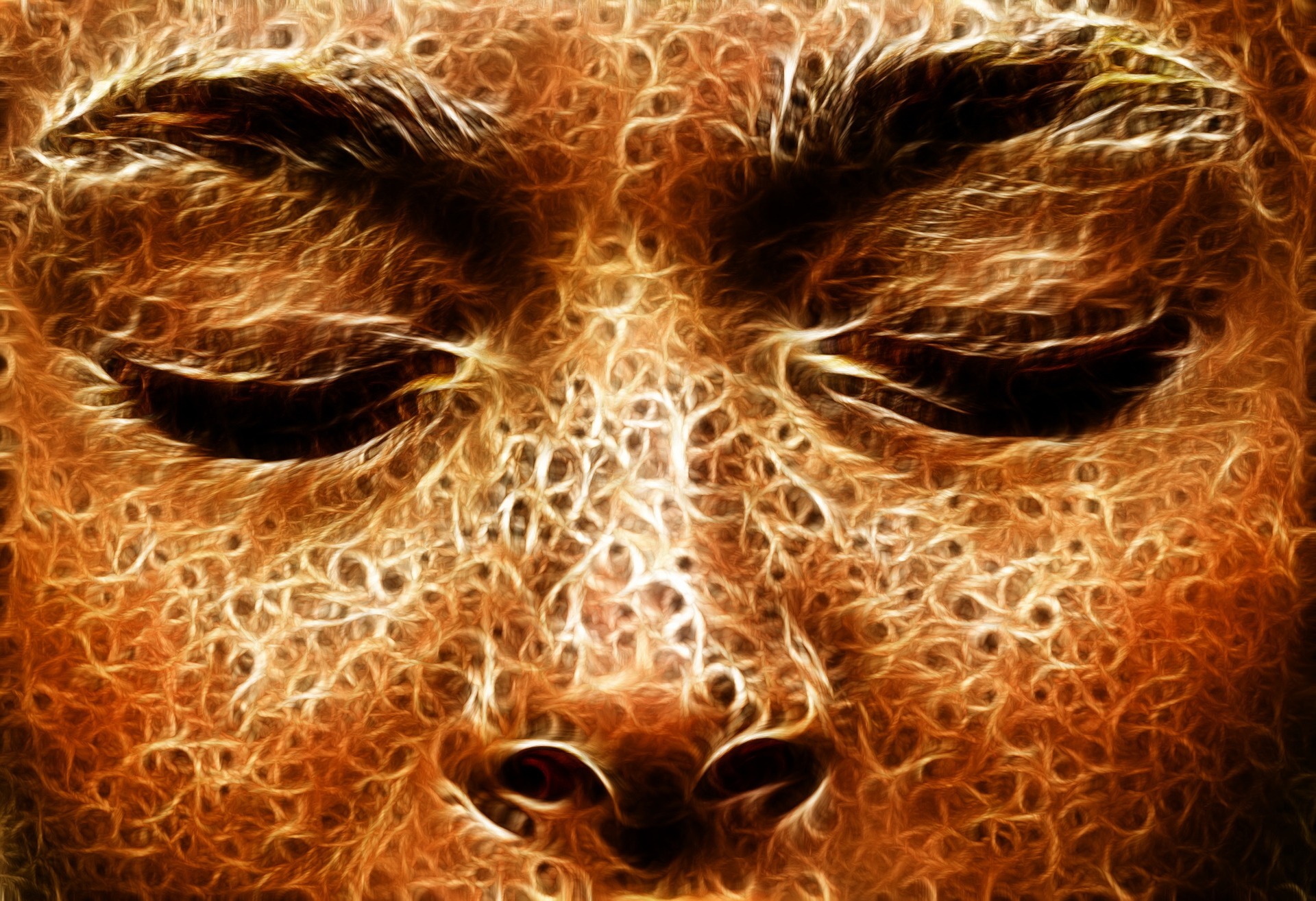 Show Notes for episode 71 of our Podcast – Hidden Names.

Our first episode during Womens History Month so I wanted to do an episode on 3 women I have come across in my time making the website and they are women we do not know the names of. I want to talk about the few things we know of their lives and also show the works they are known for. Some of which are famous. And yet for all the fame they garnered, the names of their creators was never written down. Their names have been hidden from the paged of history.

So I want to turn at look at first Fujiwara no Shunzei no Musume, or in English, Shunzei’s Daughter. It is likely she may have lived from 1171-1252 and whats more she was not even the daughter of Shunzei, she was in fact his granddaughter, and her father was a Fujiwara no Moriyori.

Her half-uncle was Fujiwara no Teika whom we talked of before, a man who wrote a poem complaining about the Emperor if I remember rightly (Episode 15).

It is believed she was the author of the Mumyōzōshi, a text on literary and poetic criticism, as well as, discussion on prominent literary women.

The preface introduces a woman who is 83 years of age and is in the midst of a trip. Stopping at a house to rest she begins to write down a conversation she is overhearing from a nearby group of women, this creating the reasoning for the existence of Shunzei’s Daughters book.

She criticises many famous works including the Genji Mongatari and Yoru no Nezame and when it came to poetic criticism she even analyses the many poems from the Man’yōshū, all the while lamenting on the lack of female poetics in these compilations.

Prominent women she then discusses are Ono no Komachi, Murasaki Shikibu (author of the Diary of Lady Murasaki), her daughter Izumi Shikibu as well as Sei Shōnagon, the author of the Pillow Book.

We mentioned her half-uncle Teika, and it turns out that he did respect her talents and sought her out to ask for advice and criticisms. She was rather confident and even admonished her uncles work known as the Shinchokusen Wakashū as he had turned from a former poetic style known as yoen (which means Ethereal Beauty) whilst she herself had stuck to this style.

She even wrote in a letter to Teikas son Fujiwara no Tameie that “if [the book] had not been compiled by Teika, she would have refused to take it into her hands.”

One of her poems, though I have yet to find the Japanese goes as follows:

As the seasons change,

I change my clothes

to clothes dyed the colour of cherry blossoms

which will fade as easily

from the hearts of men.

And so next we turn to another member of the Fujiwara Clan, this time going by the name of Fujiwara no Michitsuna no Haha, or the Mother of Michitsuna. We do know she was a daughter to a provincial governor. Later in life she would become the second wife of Fujiwara no Kaneie and together they would have Michitsuna. It is said she had a very strained relationship with her husband and almost became a nun until she was dissuaded to by her family.

She is known for the creation of the Kagerō Nikki, which she began in her early thirties. A journal she wrote which helped to clearly draw out for us the social relations and customs of the Heian Period, and inside she includes her own poems giving life to a woman from this time.

This journal also recorded her unhappy marriage to Kaneie and talks a lot about the relationship she had with her son. This diary covered 20 years of her life from 954-974AD, written in 3 volumes and the divided again by year.

She is considered as one of the Nihon Sandai Bijin (The Three Beauties of Japan), alongside Ono no Komachi and Sotoorihime.

Her poems were rather influential and she is said to have been an established poet, she even made it into the list of the Thirty-Six Medieval Poetry Immortals, a group of people brought together by Fujiwara no Kinto who noted their poetic abilities. And in this list she is one of the top ten.

And so we turn to the final person of today, Sugawara no Takasue no musume, the Daughter of Takasue. We know she lived from around 1008 until some time after 1059 and in fact most of her life is known from her diary the Sarashina Nikki.

Born in Kyoto to Sugawara no Takasue, her mother was actually a younger sister to Fujiwara no Michtsuna no Haha who we just talked about. For a few years between the ages of ten to thirteen she lived in Kazusa Province where her father acted a governor there. And it was here she began her diary, at the very young age of twelve.

In 1020 they return to Kyoto living in a large residence until a fire burnt it down in 1023. This house was on Sanjo dori, one of the main streets of Kyoto, and is the street upon which Nijo Castle resides. Then she lived in temporary places. Her older sister die a year later in 1024, and then in 1025 their family fell into financial difficulty.

She stayed with her mother in Kyoto when her father took up his next provincial governship. Years later in 1039 she came to serve as a lady in waiting to Princess Yushi and here she came into contact with Minamoto no Sukemichi, a man of high rank. Here she was able to share a poem with him which would then see it placed into the Shinkokinshu, one the most prestigious of Imperial Poetic Anthologies.

By 1040 we see her married to a man known as Tachibana no Toshimichi and together they had two children. In 1058 her husband dies, and we are unsure for how long she lived after this with her last diary entry being made around a year after his death.

We know as she grew her step mother would read to her the Tale of Genji which acted as a spark to fuel her interests in literary tales, and we see many illusions to it in her works in life.

As we have said she was the author of the Sarashina Nikki, but there are others who believe she may have also authored the Yoru no Nezame, which we mentioned earlier as critiqued by Shunzei’s Daughter.

Her diary is unique in many ways as it is the first of its genre in travel writing.

In it she records her joy at being able to read the Tale of Genji and how she would have loved to live the romances like those described inside the tale. We also see that when her life did not turn out as she had hoped, she blames her addiction to stories, these stories having caused her to live in a fantasy world and neglect her spiritual growth. The diary is also unique in the dreams are an important aspect of her diary with eleven seen within it. Two of which being the appearance of Buddha in the front garden of her home, and one involving memorising the Lotus Sutra.

So we have talked about how their names have been forgotten to us, and for the longest time I thought it was just because, in history we often see women pushed aside and forgotten. And where as that may be the case for lots of women in Japanese history, perhaps here it was not.

I came across a journal from 2001 which made mentioned to kotodama, a belief in which it was thought there was power in words and names. There was a fear that if someone knew your true name then you could be controlled and that is why female writers of the Heian Period did not have their names written down, even in their own writing. Even the writers Murasaki Shikibu and her daughter Izumi are pseudonyms and not their original names.

Todays poem comes from the Ogura Hyakunin Isshu. A book we have covered many times already. But from the book the poem chosen was the second, that of Empress Jitō.

We won’t delve into her much here, so be sure to check out our page we already have for her.

Her poem from the Ogura Hyakunin Isshu goes as follows, and we have a Hokusai print he deisgned based of the poem.

Today we have a few translations of this poem for you today.