EP36 A Brief History of Rice 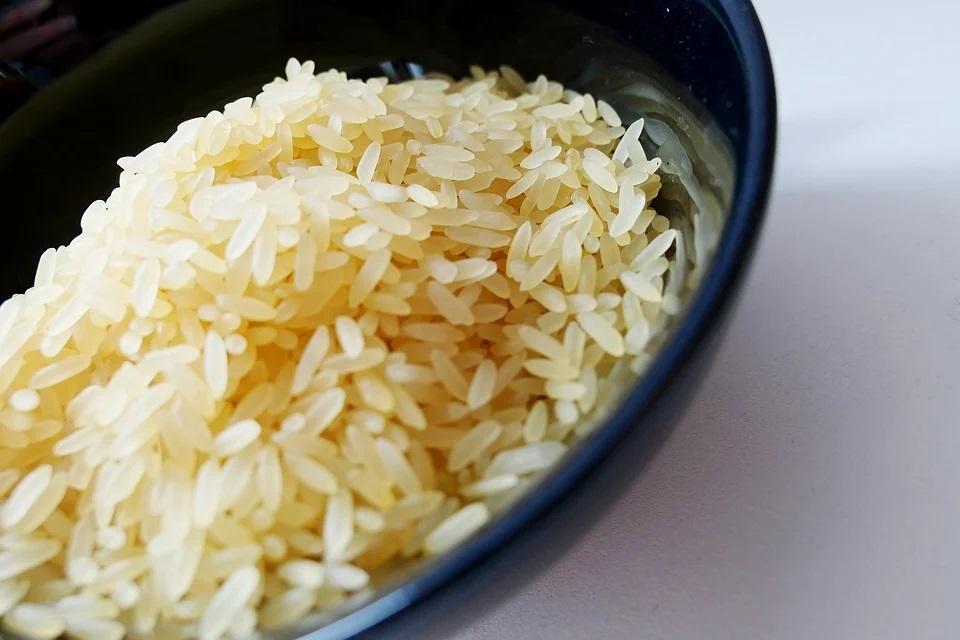 Show Notes for episode 36 of our Podcast – A Brief History of Rice.

What is rice? How is it grown?

The rice plant is a grass. The product, also called rice, is a cereal grain, and the scientific name is Oryza sativa. It is usually grown in a water paddy. While rice technically doesn’t need the paddy to grow, it does provide a way to ward off bugs, water the rice, and does generally yield more rice per field.

Rice is started in beds, and then it’s moved to the water paddy when it’s approximately 25-50 days old.

Rice needs processing in order to be eaten, and you can get both white rice and brown rice, depending on the level of polishing, or milling. Brown rice has more nutrients than white rice, but white rice is much more popular.

There are different types of rice too, but that’s a topic for another day. The majority of rice eaten in Japan is a short grain rice.

How did it get to Japan

Based on my research, it looks like Rice may have come to japan via the Fukouka region, around 3000 years ago. There is an archaeological site called “Itazuke remains” located in Hakata that has the first evidence of rice grown in Japan.  And just like grass, rice spread relatively quickly throughout Japan, taking approximately 600 years to cultivate in the different regions.

If you study Japanese, you’ve probably learned these words: “朝ごはん、昼ごはん、晩ごはん, which mean breakfast, lunch, and dinner. You probably learned other words as well, but these are USUALLY the ones you’ll start out with. Notice something in common? They all end in gohan. Gohan is the word for cooked rice. The stuff you buy at the store? That’s 米、お米. The “O” sound is an honorific, which can also be used to beautify a word.

Rice is used in religious rights, such as the Buddhist offfering of rice to ancestors. There’s a shrine in the house and you’ll put out a bit of the cooked rice, light incense, and ring a bell. This lets your ancestors know that there is rice for them. There isn’t food in the afterlife, so you should share yours with them.

Traditional rice planting requires A LOT of work. You have to individually plant each rice stalk. Rice required communities to work together to cultivate and harvest the rice.

Rice is also used in holidays, such as the mochi for new years, as decorations and in soup. There’s a mochi for many different seasons, such as the pickled sakura mochi eaten during spring.

And of course, as mentioned on the podcast before, there is the rabbit making mochi on the moon.

Rice can also generate lots of products, such as sandals, thatched roofing, tatami, as well as sake or nihonshu.

Rice was also used as payment for taxes from around medieval times to the Edo period. Hideyoshi Toyotomi was responsible for the system that evaluated the sizes and yield of rice in order to provide protection by the bushi class.

Consumption in Japan is way down – the introduction and popularity of western foods means a decrease in the amount of rice eaten (And my unscientific study of asking my students back during ALT days, sometimes about half of my students ate bread for breakfast) in fact, some places are trying to bring back the tradition of eating rice, which has decreased over the years. I found an article from 2015 about a shrine that created Nagoshi gohan, rice with azuki and millet topped with kaki age, and seasoned with Ginger sauce. Which sounds amazing and I would gladly welcome this new tradition

How to cook and eat rice

The easiest way is a rice cooker, but you can also use the stovetop and boil it. There is also the steam method, which you can do when you want to make mochi. Rinse the rice til the water becomes clear and don’t season it! Just water, and rice. You’ll eat the rice with pickles and other sides, and the subtle flavor of the Japanese rice helps cleanse your pallet and provide a backdrop for different flavors. Japanese people also serve their rice in a separate bowl. And you probably know some basic Japanese table etiquette for rice, such as don’t leave your chopsticks standing in the rice – that’s how they serve rice at a funeral, but did you know you also should’t use soy sauce on your rice?? One of the few exceptions to this rule is tamakakegohan – raw egg served on rice. You can add soy sauce then. It is also considered polite and respectful to finish your rice, as a show of gratitude for the food. And not just that, but many Japan people (including sometimes the professor and I seem to have also adapted this habit) don’t feel it’s a “true meal” unless there is rice! For at least one meal a day, if not most.

There was an ojisan who went to work on the top of a mountain, bringing with him his wife’s delicious rice balls/onigiri. Well, when lunchtime came Ojisan eagerly reached into his fukoro and pulled one out. Well, wouldn’t you know it, but once of those rice balls escaped and rolled down and into a hole! The Ojisan, quite hungry, followed the trail of the rice ball. When he gets there, he looks inside and there are very happy and rejoicing mice! “Oh, dear sir, thank you so much for this glorious food! You are our hero” And with that the mice danced and sang. The Ojisan, hungry but happy that the mice were so happy, decided to let them keep part of his lunch. “Oh, but please! Before you go, we wish to give you a gift! You can choose from the small box or the big box.” The Ojisan decided “The small box. And thank you!” And with that the mice presented him with the small box and the man returned to finish his lunch. When he arrived home, he opened the box and all sorts of treasures burst forth! The Ojisan and his wife, greatly pleased with their windfall, decided to share this blessing with the town. And there was much rejoicing. Well, except for one man – the Ojisan’s neighbor. He became inflamed with jealousy, so much so that after hearing how the Ojisan received the box, decided to try the same thing. He made the journey to the mouse home, and dropped in a rice ball. When he heard the sounds of rejoicing, he peered in. “You, mice! I gave you a rice ball, so give me a gift! Or I’ll bring my cat!” The shocked mice, much disturbed by this angry man, dragged him into their hole! Amd with that, the angry neighbor was never seen again.

Somin Shorai is a folktale written in the Bingo Fudoki, from the 8th century.  Bingo is an old name for a particular region in Hiroshima prefecture, one I am familiar with. There are several shrines that have charms base on this folktale.

Somin Shorai was very poor, but very kind. He was always willing to lend a hand to those less fortunate. One day, while taking a journey, he happened across a man who seemed lost, tired, and dirty. “Ah” Somin came up to the traveler “Are you lost”

“I am a visitor here, but I’ve gotten lost and I’m trying to find a place to stay. I’m so tired, and I’m so hungry.” replied the man

“Well, I don’t have much, but please, share my lunch with me. It’s millet and rice. I’m sorry it’s so humble, but it’s very filling”

“Ah, thank you!” And with that the man took a bite.

But! He stopped – and while Somin looked on, his appearance changed!  He was actually a deity in disguise!

“Somin – your kindness in helping an unknown traveler should be rewarded. I’m gifting you this ring which will help save you from harm. Guard it well.”

And with that, the deity disappeared.

Much later, a terrible wind came and destroyed much of Somin’s home village. However, Somin and his family were saved – because of the ring given to him by the deity.

Master Kenshō. We are uncertain of the dates he lived though it is likely to have been around 1130 to around 1209. Though we don’t really know who his parents were, we do know that he was at some point adopted by one member of the Fujiwara Clan, a Fujiwara no Akisuke, this man having had a poem in the Ogura Hyakunin Isshu.

Todays poem comes from a poetry competition, a poetry competition in six-hundred rounds, known in Japanese as the Roppyaku-ban Uta Awase, and we known that Kenshō even acted as judge in similar competitions. These competitions consisted of two poems being read side by side, with a judge ruling which of the two best fit the theme that they were writing about. Now I am unsure who judged Kenshō’s poetry during this competition, but Kenshō’s poem fit into the category of love and he was up against a man known as Fujiwara no Tsune’ie, who was a Minister for the Imperial Household.

Can a meeting, like
The waters round the rice seedlings
be stopped
In their endless flow
Past the Oyamada Barrier

Now did Kenshō win? Unfortunately not.

The judges critiques stating it was stylistically tasteful, but the line ‘can a meeting, like the waters rounds the rice seedlings’ makes the conception of love weak.

Featured Image: All images today were gathered from pixabay.com