EP10 A Ghost Story in Tokyo 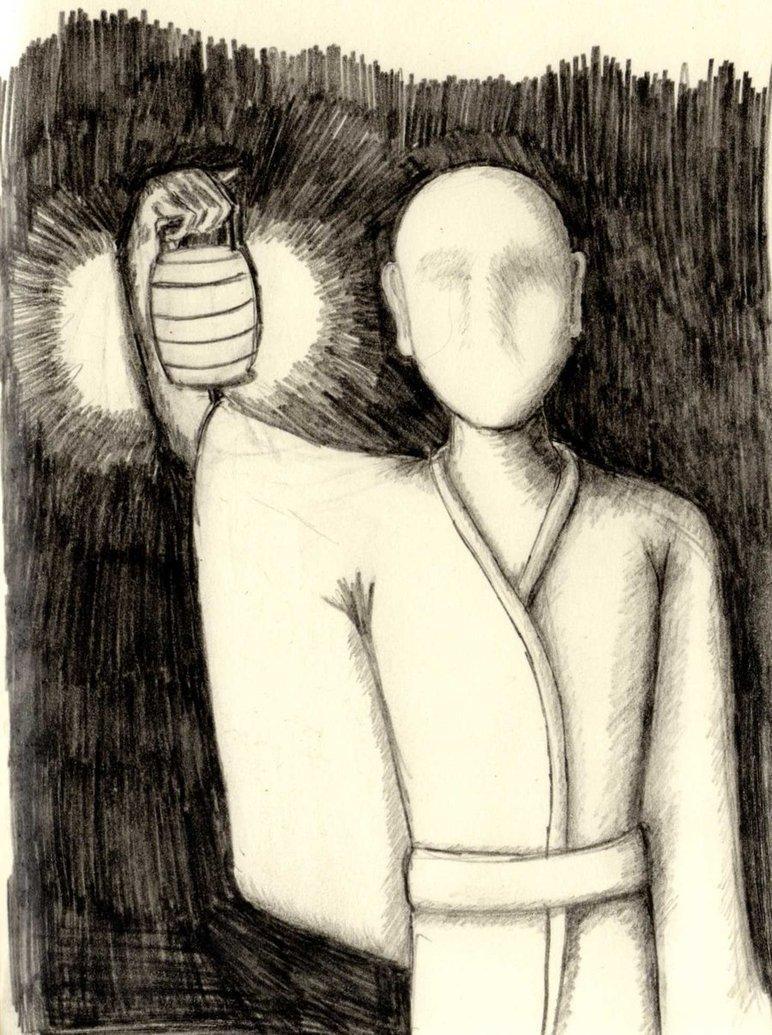 Show Notes for EP10 of our Podcast – A Ghost Story in Tokyo. (Show notes today by Heather).

I’m outside today for our ghost story, in the dark in Tokyo. I hope you can hear the sound of the cicadas.

Ghost stories are usually told in summer in Japan. Because you shiver in fright, you’ll get a little bit cooler. Helpful when the temperatures in the evening can sometimes still be in the 80f or around the mid 20s Celsius

Our ghost story this time comes from the professor. I asked him as well as a friend in Tokyo ghost stories they liked. I will tell my friends story another time. I want to share it with Thomas!

This tale is about “noppera-bo” or the faceless Ghost. They look human in form but have no facial features. They can also change into other forms, but still have no face. Okay, onto our story.

There once was a fisherman who lived near the palace of the emperor. Now, this fisherman was rather lazy and decided that one day, instead of going to his usual spots, he would fish in the koi pond near the emperor’s palace

His wife, panicked at the thought, said “Anata! You should not go! The pond belongs to the emperor and is sacred! There’s also a graveyard nearby! Please, it’s too dangerous! Don’t go!”

However, the fisherman just grunted (ask Yoshi) and left.

He walked long the path, pole in hand. A farmer tending his land noticed him and his pole and direction, his eyes widened and he began to yell “what! Are you going to the sacred pond to fish? No! Don’t go!”

But the fisherman just grunted and continued on his way.

When he reached the pond, he baited his pole and started to cast. To his surprise, a beautiful woman seemed to suddenly appear at his side.

The fisherman, intent on following through with his casting did not reply back. He reached back, and just before his line touched the water, the woman jumped in front of him and wiped away her face!!

The fisherman jumped in fright and began to run leaving behind his pole.

He didn’t running, dashing past the farmer, and didn’t stop until he reached home.

“Anata! Oh anata, I told you – you shouldn’t have gone? Oh why did you go! You fished where you should not go. Oh, now you will have to pay for your deeds.”

And with that, his wife stood and wiped away her face!

Our poem for today comes from Masaoka Shiki (1867-1902). He was born in October 14 1867 and is  considered one of the great haiku masters. Active during the Meiji period, he was instrumental in the development of modern haiku.

The summer moon.
There are a lot of paper lanterns.
On the street.

The summer moon.
There are many lights.
On the lively street.