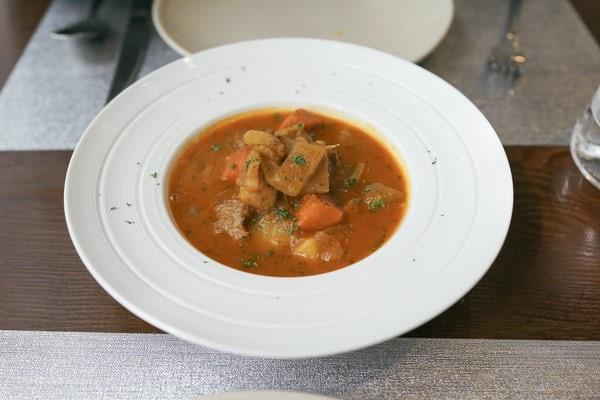 Show Notes for episode 19 of our Podcast – Japanese Curry.

The origins of Japanese curry come from British curry. When the British navy came to Japan, they brought along their curry as well. Curry uses easy to store ingredients like onions, potatoes, and carrots and it’s a great way to get nutrients to prevent shipboard illnesses. Not just that, but it’s easy to eat on a ship – it doesn’t slosh all over the floor during turbulent seas!

Curry was brought into civilian life by the sailors who brought back a taste for curry. Curry also made its way into school lunches and into homes as well.

Curry is delicious, inexpensive, and stores lovely and tastes even better the next day! It’s truly one of Japan’s favorite dishes.

Ōtomo no Yakamochi lived from 718 to 785. Now during his life he was waka poet, which is why I’m talking about him. But he also eventually receiving the role of kokushi (Provisional Governor) in the Province of Etchu.

Now having the last name of Otomo showed him to be of the Otomo Clan. We’ve mentioned one other before by this name, Otomo Sorin from Episode 4 who turned to Christianity. He was the man who had the Vassal known as Sekiso, the Samurai Weatherman.

Anyway, back to Yakamochi, he was sent in 740AD to Kyushu by Emperor Shomu to suppress a rebellion headed by Fujiwara no Hitosugu. And it wasn’t until 11 years later when he received the Governor position of Etchu in 751AD.

And its said that by this time he had already amassed a rather large collection of poetry which he had penned himself by this point, we’re talking in the range of 220 waka poems by 751. And in 777 he became the Governor of Ise.

Now he unfortunately had a sad end to his life. He drowned in the Province of Mutsu and shortly afterwards a man known as Fujiwara no Tanetsugu was assassinated. Now people suspected that Yakamochi had been involved in this act for various reasons and so he was denied a burial as well as being excommunicated posthumously. This bad luck also reigned down onto Yakamochi’s son and he was forced into exile until 806AD when he was finally able to regain his rank.

Moving onto some of his poetic achievements he was listed as one of the Thirty-Six Poetry Immortals, these being 36 poets of renown to the Japanese and was one of the comilers of the large poetry anthology known as the Man’yoshu. And as a finaly note, some of his poetry has lived on with Japanese military songs; these types of songs being known as Gunka. The song Umi Yukaba uses one of his poems, and is generally considered the second anthem for the Japanese during wartime.

Now the poem I have chosen for Yakamochi can be found in the Shui wakashu which dates to around 1005. It’s a rather large book of twenty volumes containing 1,351 poems. It was the third of the large Imperial Poem Antholgies which were commissioned and was the first to contain poems in the form of waka composed by two poets.

The poem goes as follows:

In the springtime meadows
Seeking food, a pheasant,
Fondly thinking of his hen,
His location to
All reveals.