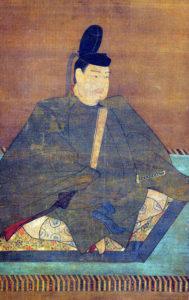 Emperor Shōmu (聖武天皇) was the 45th Emperor of Japan. He was the son of Emperor Monmu and Fujiwara no Miyako and husband to Fujiwara no Asukabehime. Prior to his reign he was called Prince Obito.

Initially Empress Genmei’s (his grandmother’s) claim to the throne enabled his eventual succession. However, after her abdication in 715AD she choose her daughter Genshō instead of Shōmu.

He did eventually ascended as Emperor, after the Fujiwara Clan surrounded him with advisers, attendants and tutors which helped to engineer his ascension. Shōmu ruled from AD724-749.1

His wife Asukabehime eventually bore him a son, however he died before reaching his first year. Due to this Shōmu decided to make Asukabehime’s daughter Kōken Princess-Regent, which was the first time this occurred. He abdicated in favor of his daughter, the Emperor being bestowed the title of Daijō Tennō. Upon his deathbed he named a Crown Prince for Kōken, but the promise to uphold this position was violated within the year due to the interference of Fujiwara no Nakamarō.1

The courtier and bureaucrat Yamabe no Akahito is cited to have given his services to the Emperor during his lifetime. 2

Between 741-44AD Yamashiro Province held the offical residence of Emperor Shōmu at Kuni no Miya in the southern part of the Province.3