EP3 Death of a Goddess 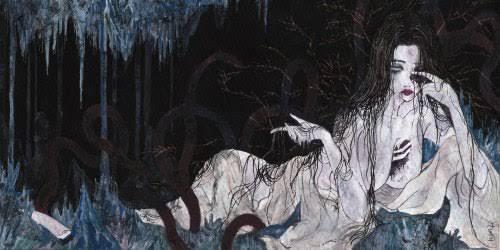 Show Notes for EP3 – Death of a Goddess.

Izanami and Izanagi having made the island of Japan, turn to making Spirits.

Izanagi, angry the child killed his wife kills the Fire God with his Sword and venture into Yomi (the Underworld) to bring back his wife.

There, he finds she is decomposing, and disgusted by the sight of her flees. Izanami in her anger sends creatures to pursue him, however, Izanagi manages to flee.

Reaching the Tachibana river where he cleanses himself of the filth of Yomi.

Fujiwara no Yoshitaka lived between 954-974AD. He had a son at the age of 18 by the name of Yukinari, but Yoshitaka sadly died at the age of 20. The very same day as his twin brother.

Many of his poems can be found in waka anthologies. With his poem read today coming from the Ogura Hyakunin Isshu, and goes as follows:

I always thought
I would give my life
to meet you only once,
but now, having spent a night
with you, I wish that I may
go on living forever.