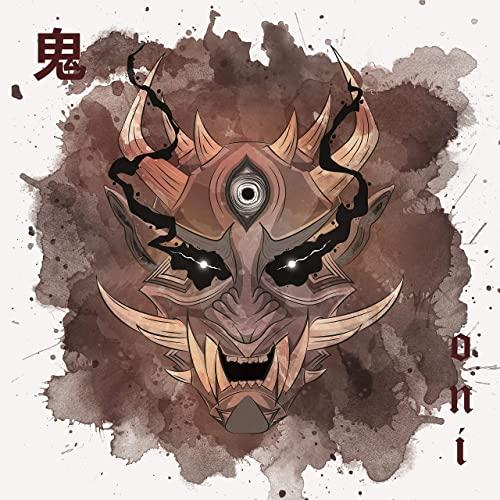 Show Notes for episode 34 of our Podcast – Oni.

Translated over time as demon, ogre or devil. And we can find reference to them as far back as the 8th century. Perhaps former Shinto kami (deities) and there can be both male and female Oni, though female Oni are much rarer.

In regards to the word Oni itself.

We can find the word Oni in the oldest Japanese texts, such as the Kojiki, Nihongi as well as local gazetteers known as fudoki, all of which we have drawn upon in older episodes. However, the pronunciation as it stands is a Japanese construct, and wasn’t used until the Heian Period, and the Kanji for Oni can also be pronounced ‘ki’ if use in other words such as the Hyaki yagyo or Procession of One Hundred Oni/Demons. Nowadays the word Oni is used as a general word for ‘scary.’

Now we see them as an entity in itself but in the past the word Oni was used as a catch all term for supernatural creatures, or Yokai in general, as they signified monstrous things of all shapes and sizes. But that all slowly changed and they became a Yokai themselves.

Some believe the origins of the word Oni can be found as a signifier of an epidemic. And that the image of the Oni developed as a manifestation of the invisible and worrying spread of disease.

Historically there are many various depictions of Oni and they can vary wildly in appearance, but now they have taken a more common appearance. Humanlike and male, large and powerful, sporting red, blue, black or yellow faces, clawed hands and sharp protruding fangs, Horns upon their heads, carry an iron club and wear a loincloth made of tigers skin.

Of course it doesn’t quite end there. There is more, associations with lightening, a perchance for eating people, three fingered hands and three toed feet. Some even have three eyes.

Earliest images are from Buddhist 12th century hell scrolls, known as Jigoku zoshi. Likely later images were also influenced by the God of Thunder Raijin. And overall these creatures don’t have their origins in one place, but is an amalgamation of Chinese, Japanese, Buddhist and others sources all fused together.

Their humanlike appearance at times has helped  them to be depicted as the anti-human, an image for the bad and immoral acts people can do. There are far and few exceptions, where we see humorous or even foolish Oni, but they are very much anomalies and the Oni are the symbol of ‘the negative human.’

They have links to outsiders, people who were marginalised and feared by society. Such as the Shugendo, founded by En no Ozunu and even strangely enough blacksmiths who lived on the outskirts of villagers because of their apparent supernatural abilities to shape metal.

Now I have found 4 different Oni tales for us. I was going to do more, but I think that might be too many, too much for one episode, and so I can bring more Oni stories together later and do a Pt.2 episode if there are enough, or a shorter bonus episode. It all depends on how many more I find. I will put images of them up in the show notes, all of them depictions by Toriyama Sekien.

This first one, is said to have been a general of the Oni, showing us that perhaps they had some form of hierarchy. This Oni is better known as Shuten-dōji (酒呑童子)  or the Sake-Drinking-Boy.

The story goes that the capital of Japan at the time was plagued by demons, or Oni. The maidens of the city were being take by these creatures and even the daughter of one of the government officials had been taken. Outraged by everything that was happening he summoned Minamoto no Yorimutsu to rid the city of this demon plague and end their sorrows.

Minamoto gather a group of trusted men and sets out the meet the general of the Oni in an attempt to stop them, heading to the sloped of Mount Oe where he is said to reside. As they climb the mountain three old men are said to appear and approach them, gifting them with large barrels of sake.

They tell them how this sake is special, and poisonous to the Oni, but of great use to the men. All of this will work out well, as Shuten Doji is said to be a great fan of drinking sake. And so with this gift they continue their ascent and finally reach the summit where they are met with a palace made of iron.

And so they enter, all disguised I might add as monks. They are welcomes by Shuten-Doji who during the day takes on the appearance of a human and they are invited to seat and join them for a feast. A feast, as it turns out, of human flesh. Both men and Oni drink the sake that Minamoto had brought with him and soon the Oni fall into a deep slumber as night draws in.

Shuten-Doji then transforms into his Oni self, a giant ten-foot-tall demon, asleep before them.

And so Minamoto and his men then attack, slaughtering the Oni and beheading Shuten Doji, his head even after it has been detached biting and attacking. Minamoto and his men then descend further into the palace and find pickled human flesh, and women who have had limbs amputated. Eventually they also come across the officials daughter and so they release all the women, returning to the city as heroes.

This second tale is set in Gango-ji Temple in Nara, and the creature known as the Gagoze take its name also from this temple where it once resided. It is said that one day a farmer came across a ‘thunder child’ during a storm, the farmer takes pity and doesn’t kill the creature and so in thanks it tell him he will soon have a strong child. Soon after the farmers wife gives birth to a son, who was also born with a snake around his head. The child then grew up strong and became a monk at the temple of Gango-ji. Whilst there the son learns that monks here seem to dye a lot, always close to the bell of the temple, and being brave and strong he goes to investigate what could be killing the other monks. Upon investigation he finds ‘the Oni Gagoze’ living near the bell and so he drags him from its home, so it cannot kill anymore monks.

This third Oni, isn’t from Japan, but is actually said to live in Anguo, China, in the mountains there. It is known as the Sansei (山精 – Mountain Spirit)

The creature is humanoid in appearance, but only has one leg. The Wakan Sansai Zue (an encyclopaedia from 1712) elaborates more on the creature stating that it ranges from 90 to 120cm in height and that it’s one foot faces the opposite way to its face.

Their favourite food is said to be roasted stone crabs, and they often steal salt from woodcutters according to the Chinese book ‘A Record of Yongjia.’ The Wakan Sansai Zue also states they are nocturnal and also enjoy eating frogs and toads. The creature will cause you to suffer illness or for your home to catch fire should you attempt to attack them. However, should this creature attempt to attack you, shouting the word ‘batsu!‘ will stop the creature.

Our fourth and final Oni for today is known as Hashi-Hime (橋姫) and she is a female Oni. In fact she is a bit of an exception as she did not start of her life as an Oni, but actually as a human. The tale begins with a woman desperate for love. But sadly it is said her appearance was so bad that she would never be able to find another husband. Her previous one had left her for another woman and so day after day she found her slowly slowly to become consumed by jealousy and hatred. And so she headed to the Kifune Jinja Shrine to pray to the god known as Kifune Daimyojin. For seven days she prayed back to back, desperate to be turned into a ‘living Oni.

Daimyojin eventually takes pity on the woman instructing her on how she can transform herself. All she simply needed to do was soak herself in the Uji River for 20 straight days. And so she returns home, tying her hair up in five horn like locks, she paints her face and body red and places an inverted Iron Trivet on her head. Finally she bites down on a torch lit at both ends and holds it in her mouth before running straight towards the river. It is said the very sight of her was enough to make people faint or die from fear. And so returning to the river, she bathed for 20 days until her transformation was complete.

Today Heather continues with the song from last week, giving us the ‘new’ first verse of this song.