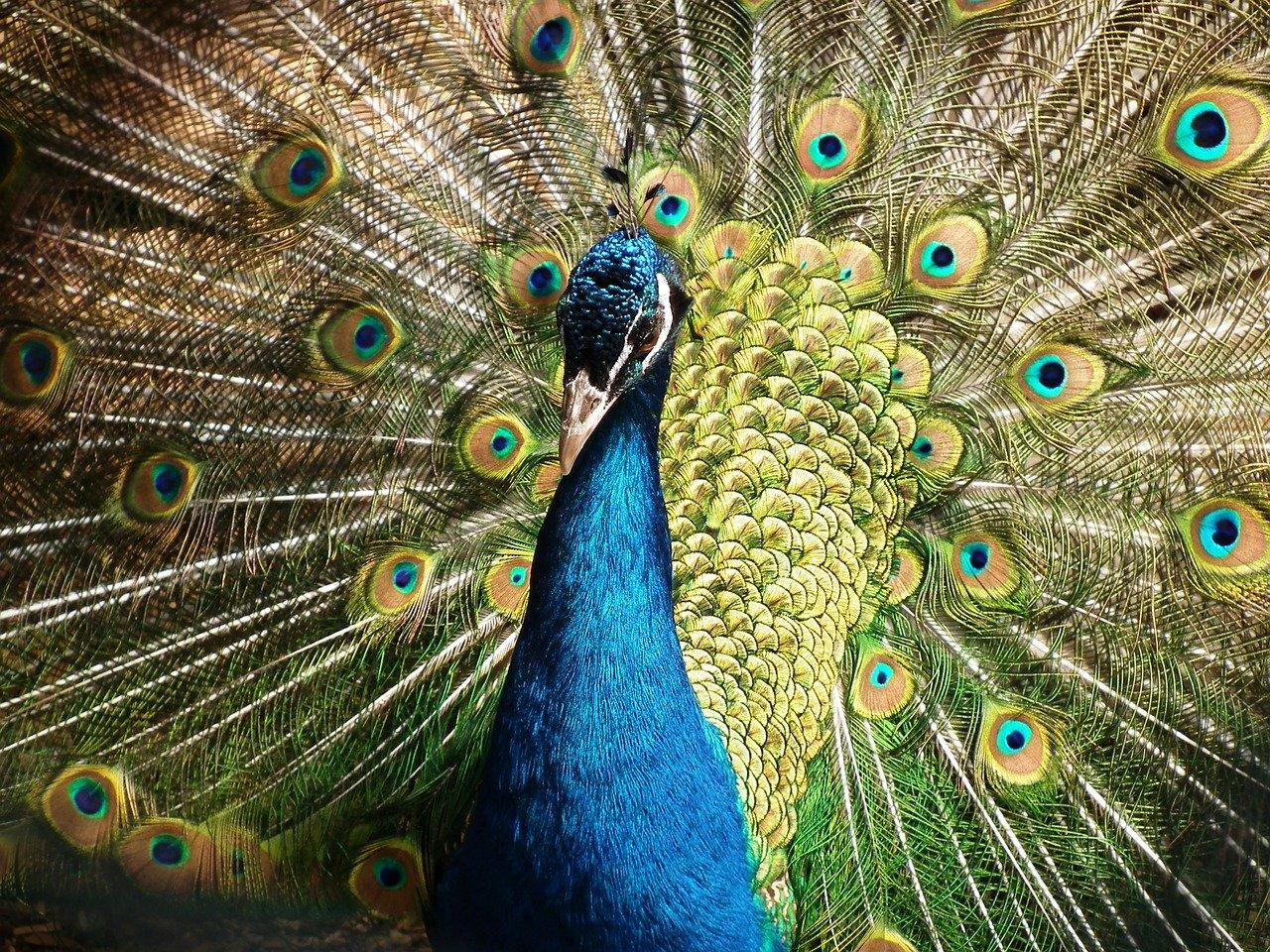 Show Notes for bonus episode 5 of our Podcast – Peacock Power.

This is a tale on En no Ozunu, from Episode 22. This tale can be found in the nara ehon, now this is an over all term from what I can tell for woodblock printed book or handscrolls of a certain size from the Muromachi period into the Edo. I am afraid the book I have consulted doesn’t say which specific ehon this tale comes from.

It is said that growing up he lost his father at the age of two and so was brought up by his mother afterwards. Eventually, he decided to turn their home into a temple when he became 34 years of age, enshrining with an 8 foot tall statue of the god known as Miroku. (The god of happiness)

Now the story sadly doesn’t say what became of his mother when he turned their home into a temple, but soon after its completion he gifted the temple to the court and retired to the Mountains of Katsuragi where he began to wear clothes made from bark, and subsisted of nothing but pine needles.

Wandering the mountains became his life, and at time he ventured to other ranges close by. One day, whilst walking through the Omine range he looked over to the peak known as Shaka Peak and he could feel the power which radiated from it.

Drawn to the power he went to the summit where he came upon an 9ft tall skeleton. Now the sheer size of the body wasn’t the only thing of interest, though dead, the skeleton still grasped with an iron grip two things. In his left, there was a bell. In it’s right, a single-pronged vajra.

This find, increased Ozunu’s faith and so that night he prayed to the deity Miroku. And Miroku that night spoke back.

“The skeleton you have found is yours, it is you. For seven of your past lives you were an ascetic of this mountain. The body is you. If you want the bell and the vajra, chant the Mantra of the Peacock King.”

He went away to learn this mantra, finding himself filled with new abilities from the very moment he began to utter it. He could suddenly fly to any place he wanted to on a cloud of five colours, and so he returned to the Shaka Peak to see the skeleton again.

But, it had disappeared, the bell and the vajra now laying on the ground waiting for him.

From here, now holding these two items he coveted, he look north and saw Golden Peak. Another place which radiated power. A mountain which had flown from India when Emperor Kimmei was on the throne, flying upon a white cloud to nestle itself into to country of Japan. En no Ozunu knew of the legends surrounding the mountain, that when Mirkou returned as the buddha far in the distant future, the earth would become covered in gold, and until then, all the gold waits patiently, inside of Golden Peak.

Ozunu feared for the future and the sinful ages to come, and so wanted a deity who could guide others to salvation, He prayed, day in and day out for a thousand days, until the deity Zao Gongen came forth, taking on the appearance of a very quiet and kind being. Ozunu was unimpressed, fearing and wondering how such a kindly deity could save the deluded being from the sins of what was to come. And so Zao Gongen left.

Ozunu prayed anew and again Zao Gongen returned, this time taking on a fearsome form. Taking the fierce pose used to crush demons, and brandishing a three-pronged vajra in his right hand.

Now. A few years are said to have passed as Ozunu retrated into a cave, bringing all kinds of creatures to him with his new found powers so that they may serve him. During these years he made various outings to all the sacred mountains of Japan, including Fuji and Asama. And even during this time he went to the land of the Immortals.

Now after all these years, Ozunu decided it would be best for a bridge to be constructed. All the way from the Katsuragi Mountains to the Golden peak to allow all his followers to make journeys between the two. And searching for someone who could do this very job, he came across Hitokotonushi (the deity of Katsuragi).

Sadly this rock bridge was never built, but it was more the fault of Ozunu than of the god. The god had always been ashamed of his appearance and so would only work during the night. Ozunu furious by this decision bound the god in a spell and threw him to the bottom of the ravine. A very callous act for a religious man if you ask me.

Soon after the court of the Emperor found themselves with an attendant who became possessed. And under questioning they revealed themselves to be Hitokotonushi, who announced that Ozunu was making a rebellion and had to be stopped.

Emperor Mommu, who ruled at the time immediately sent a letter demanding his presence, but Ozunu refused. He sent his soldiers, but Ozunu flew away. It was only after they took his mother prisoner did Ozunu finally appear in the palace, where his mother was immediately freed.

And so the Emperor had him exiled to Oshima. During the day he behaved, he stayed on the island.

But at night, he flew to Mount Fuji. Hitokotonushi knew of this and again possessing an attendant informed the Emperor, and demanded that Ozunu be put to death for disobeying the Emperor.

Soldiers came to take his life, but all failed. Their bows broke, as did their swords when they attempted to take the mans life.

Ozunu then asked for a soldiers sword, and taking it, he licked the blade 3 times, before handing it back. The soldiers were in awe from that moment, where he had licked the blade they know saw engraved the name of the god of Mount Fuji. They returned to the Emperor then to tell them their tale, Mommu realising now Ozunu was not an ordinary man and so had him pardoned and his exile lifted.

Now Ozunu had grown tired of Japan, and so climbed into a large bowl with his mother and flew to China on his five coloured cloud.

But that is not quite where the tale ends.

Enter into this tale the man known as Taicho, who came from the province of Echizen. He also was a great ascetic who powers were well known and regarded. This man also found himself used as the vessel of Hakusan, the god of White Mountain, and the god often used Taicho as a means to speak to others.

Taicho, like Ozunu once had, set out to visit all the sacred mountains of Japan, eventually coming to Katsuragi where he stayed for a night. During his sleep, Hitokotonushi reached out to him, begging for him to be freed, that Ozunu had bound him with a spell, revealing he was bound inside a mossy boulder.