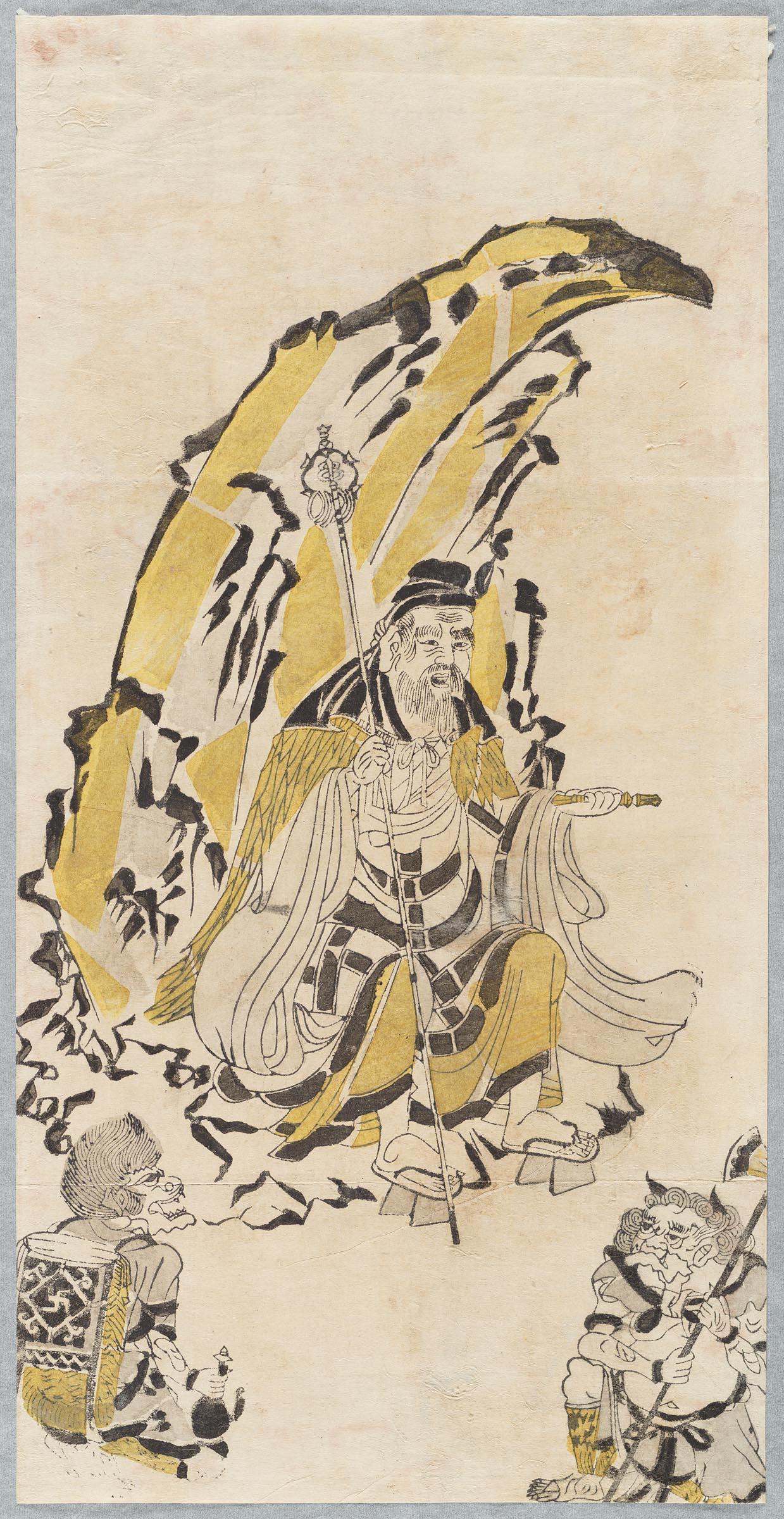 Show Notes for episode 22 of our Podcast – En the Pilgrim.

En no Ozunu is an interesting man. Born in a time really before the Ninja, if anyone would have asked him if he considered himself to be one he would have just looked at you in confusion and demanded to know what you were on about. And we will get into the why shortly.

Now he was born perhaps in 634 living until around 701 but we are not too sure about these date. We do know he is a historical figure, being born with the name of Kamo-no-e-no-kimi, however as he grew and legends sprung up far and wide about this man, he gained several new names.

Now one of those was Jinben Daibosatsu, meaning the Great Bidhisatva of Heavenly Change he was also known as En no Gyoja, meaning En the Pilgrim, which he obtained after many years of mountain meditation; but he also garnered the name of En no Ozunu, which would mean En of the Horn.

Now the last name is an interesting one, and relates to the fabled origins of his birth. It is said that this man was born with a horn protruding from his skull, hence the name, but it didn’t quite stop there. It’s also said he was born with a flower clutched into one of his hands and that he was very adept at holding conversations with people from the moment he arrive on planet earth.

One of this claims to fame was the founding of the religion known as Shugendo. A religion that became a mixture of both Buddhism and indigenous mountain worship already prevalent in Japan. And his new religion was actually quiet successful after its inception on the slopes of Mount Katsuragi in Nara Prefecture and it grew rather quickly. It grew so quickly in fact that the Emperor even banished him as he feared that this new religion was threat to the reigning monarch. The notes of his banishment, detailed in the Shaku Nihongi state that this happened in 699AD and so would have been decreed by the Emperor Monmu.

His exile upon the island of Oshima is said to have lasted in total 3 years, but that is when stories of this mans supernatural abilities started to crop up around Japan.

Though banished to this remote island it  is said he would often be found scaling Mount Fuji so that he could meditate upon it summit. It’s even said that he scaled the mountain over 1000 time, such was his love of meditation upon the mountain, that he learnt the mantra known as the ‘Peacock King’ which then gave him the ability to shoot across the sky on the back of clouds. In addition to now being able to fly, it then gave him access to the world above and he started to split his time between both Heaven and Earth.

Now what else is it said about Ozunu’s powers? Well, he learnt to walk on water, managed to be able to subsist on nothing but the mist and air around him and he even learnt how to transform himself into a tiger. There are even accounts of attempts on his life, but every time someone brought an axe down on his head to kill him the blade shattered in thousands of pieces.

Now, I am sure you are wondering how all of this relates to him being thought of as a Ninja. Well it is said that he is considered one the honoured ancestors of the Ninja.

And this all goes back to his founding of the Shugendo religion. His followers came to be known as the Yamabushi and it is said that these were the people who first taught the Ninja their tricks. They built a dojo on a Koga Mountain called Hando-san in honour of Ozuno and the Ninja began to come here to learn skills in herbs, minerals, weather patterns and even camouflage from the mountain dwelling monks who had learnt all of this so they could survive in the mountain climate.

The stories around his death are just as interesting as those of his life. Some say reached enlightenment in 701 and walked across the sea to China. Others say he went into the sky in a Buddhist alms bowl with his mother. Regardless, he is now considered a Sennin, ‘Great Immortal,’ who is still out there somewhere watching over the Yamabushi and the Ninja.

Today we head back to the Poet known as Matsuo Basho and a poem he wrote around 1680. During this time we know he moved into a home out of the public eye, his disciples however planted a banana plant outside of the home they had also built for him. And it was this plant that inspired this poem:

By my new banana plant
the first sign of something I loathe—
a miscanthus bud!