EP23 The Worms that Speak to Ten-tei 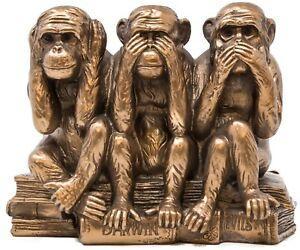 Show Notes for episode 23 of our Podcast – The Worms that Speak to Ten-tei.

Todays episode was a three in one combo for you all.

Not three separate topics, but three different topics all which I discovered linked into one another.

So lets start with a Yōkai known as the Shōkera. Now this Yōkai I came across whilst studying through the Creatures Compendiums of Toriyama Sekien, his book the Gazu Hyakki Yagyō being published back in 1776. This creature take the form of some vague humanoid shape, but in actuality was never a creature to start with.

Toriyama created this creature as a manifestation of words used from the Folk Religion known as Kōshin.

Which moves us on to the second topic.

So what is this religion? As to its origins around the 9th century, this folk faith is a combination of Taoist, Shinto, Buddhism and local Japanese beliefs which all became mixed together into this new belief system. Their beliefs hold that every 60 days, there is the event known as the Kōshin-kō and that during this time worms that lived in your body (Sanshi) would exit your body as you slept and report both your good and bad deeds to the God Ten-tei. (The God Ten-tei being styled and inspired from the Jade Emperor of China). However, it is said in their faith that there are ways in which you can stop these Sanshi from leaving and reporting your deeds, a useful thing to be able to do if you are perhaps a less refutable person of a society. Think criminals and the like.

If you didn’t wish to have your bad deeds reported to Ten-tei then you could always stay up all night as the worms cannot leave your body whilst you remain awake. However, if you enjoyed sleep, you could instead speak a religious chant in which the word Shōkera is invoked which would stop the Sanshi exiting you while you slept. And so this is why Sekien created this Yōkai, depicting him looking through a window on a roof onto the sleeping people below. A physical manifestation of the religious chant to watch over and ensure the Sanshi stayed inside their host.

In this modern world, and especially since the Meiji Restoration and the issuance of the Shinto and Buddhism Separation Order in 1872, folk beliefs such as Kōshin were relegated to the status of superstitions instead of religion and so has lost a lot of its popularity.

When it comes to the deities of this faith, we have already mentioned Ten-tei, but there is one more which should be mentioned; Shōmen-Kongō. This deity is equivalent in a way to the concept of the devil, this entity portrayed as a fearsome being with many arms. Able to spread illness, it also had the ability to make the Sanshi ill, again meaning they would be able to report to Heaven and Ten-tei.

If you are wondering, we can trace back associations of Shōmen-Kongō to the Kōshin faith as early as the Heian Period, and the first scrolls and scriptures showing this connection were centred around the Buddhist Temples of Miidera (which we have discussed in various episodes) but also the temple of Shittennō-ji.

By now you may be wondering what our third and final connection to all of this might be, so let me tell you. It is something rather famous around the world after all.

The three monkeys and the saying ‘See no evil, hear no evil, speak no evil.’

As it turns out, these monkey can trace their fame to this faith. In Japanese they are known as the Mizaru (not see) Iwazaru (not say) and Kikazaru (not hear). They find there fame from being carved into a carving above a door in the Tōshō-gū shrine in Nikkō. These then became statues which can be seen dotted around Japan with associations to the religion of Kōshin. And after they were noted by visitors to Japan their fame and significance soon spread around the world.

So there you have it, one things which led to three interesting points from Japanese History.

We return today to a poet who is quickly becoming a favourite of Heather’s over on the Japan Archives, Matsuo Bashō.

His waka poem today, from 1688, is centered around the theme of winter and the snow and goes as follows:

Now then, let’s go out
to enjoy the snow … until
I slip and fall!