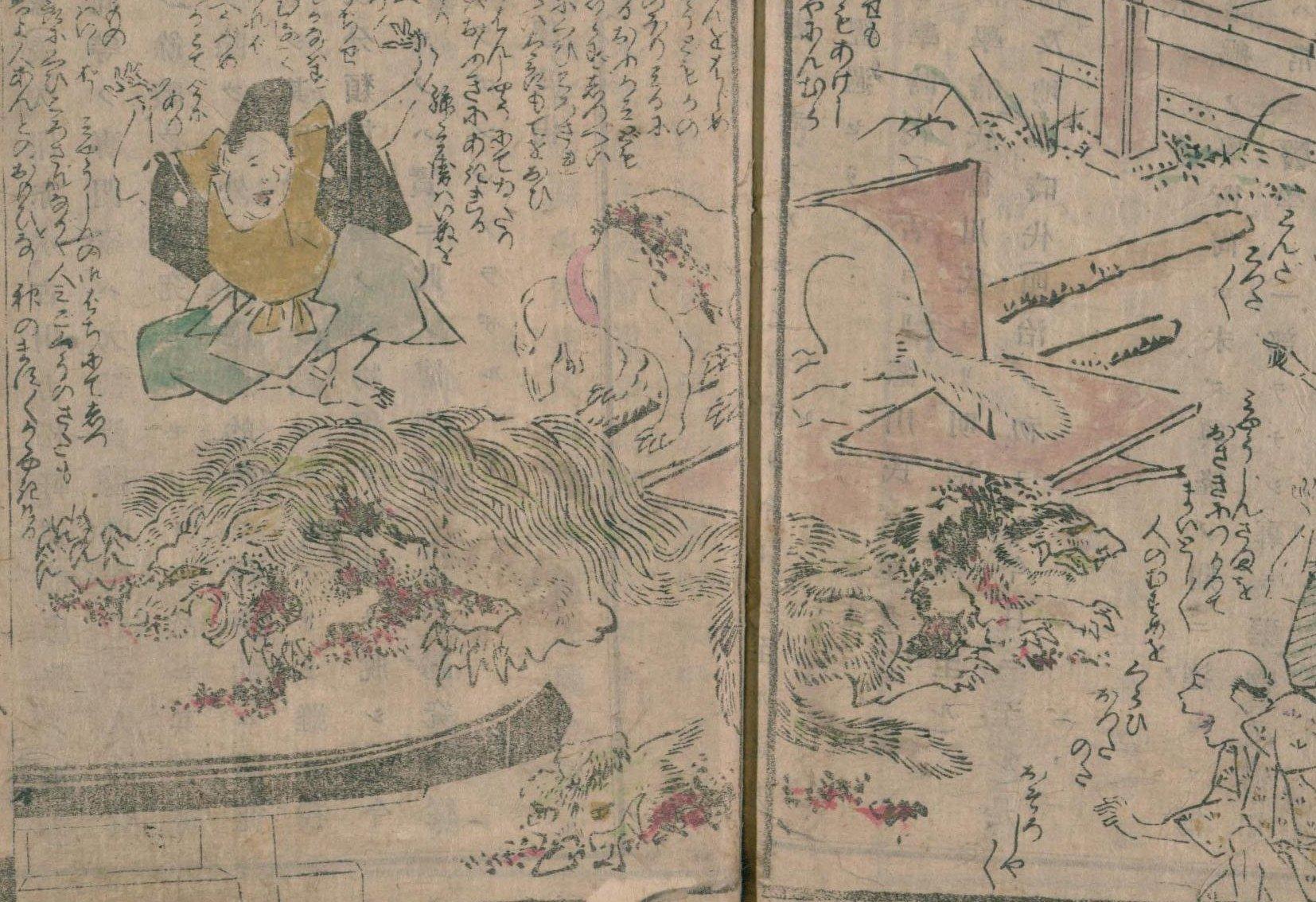 Show Notes for bonus episode 1 of our Podcast – Shippeitaro.

The story of Shippeitaro is an interesting folktale from Japan around the theme of human sacrifice.

Mukashi mukashi, long long ago there was a warrior who weary from travelling took shelter one night in a lonely and isolated mountain temple. He fell into slumber but as it grew close to midnight, he was awoken by a rather strange noise.

Opening his eyes carefully, he realised all around him were cats. But they weren’t ordinary cats, these were dancing and screaming all around him, several of them could be heard chanting and saying ‘tell it not to Shippeitaro!’

When midnight finally arrived all the cats suddenly disappeared and quiet and stillness again surrounded the warrior. And so settling himself down again, the warrior once more fell into slumber.

When morning finally approached the young man left the temple and its strange happening behind him, eventually after walking for a short time he came across several buildings and dwelling close by the a village. As he walked through, he could overhear cries and sadness pouring out around him. Curious, he inquired to the people what was the cause of their heartache.

‘It’s terrible!’ The people cried as they gathered around the warrior, ‘every year we lose a girl to the spirit of the mountain! The innocent girl must be placed in a great cage for the mountain spirit. We desperately need help, but there is no-one who can aid us.’ As it turned out, the temple the warrior had spent the night was the home of this mountain spirit who demand the yearly sacrifice of a girl from this village.

Saddened by what he had heard, the warrior enquired, ‘who or what is Shippeitaro? This creature you mentioned, talked about it during the night when I was in the temple.’

‘Why Shippeitaro,’ one of the villagers piped up, ‘it is the name of a very fine and strong dog who currently belongs to the head man who serves our Prince.’

With this new information, the warrior quickly headed to find the owner of Shippeitaro, and gaining permission to take the dog for one night; he returned to the saddened crowd, finding the parents who were to lose their daughter in the coming night. The warrior, telling the people of his plan, ensured the girl chosen for sacrifice did not enter into the cage and instead he places Shippeitaro inside.

As midnight once more drew near, the strange cats reappeared, this time accompanied by one of immense size; who upon seeing the cage screamed with glee and approached it.

The warrior waited for the opportune moment, and when the cat was close enough he sprung the cage open and Shippeitaro leapt out, grabbing the giant cat in its jaw. Quickly the warrior jumped out from where he was hiding to fell the beast as it was trapped in Shippeitaro’s jaws. The other cats were frozen in confusion at what theyhad just seen happen to their leader and Shippeitaro soon dispatched all of them, none of the cats able to flee in time.

And so with that the town found it self from of the mountain spirit and the village was free to continue on safe. The warrior being of pure heart, reigned all praise down on Shippeitaro as the saviour of the small village.

Today we have something new for you. A Japanese tongue twister.

See if you can say it ten times fast!

Feature Image: Shippeitaro coming out of the box to attack. (Zōho Shippeitarō 1796). Printed from a drawing by Toyokuni