E73A Adopted into the Geisha World 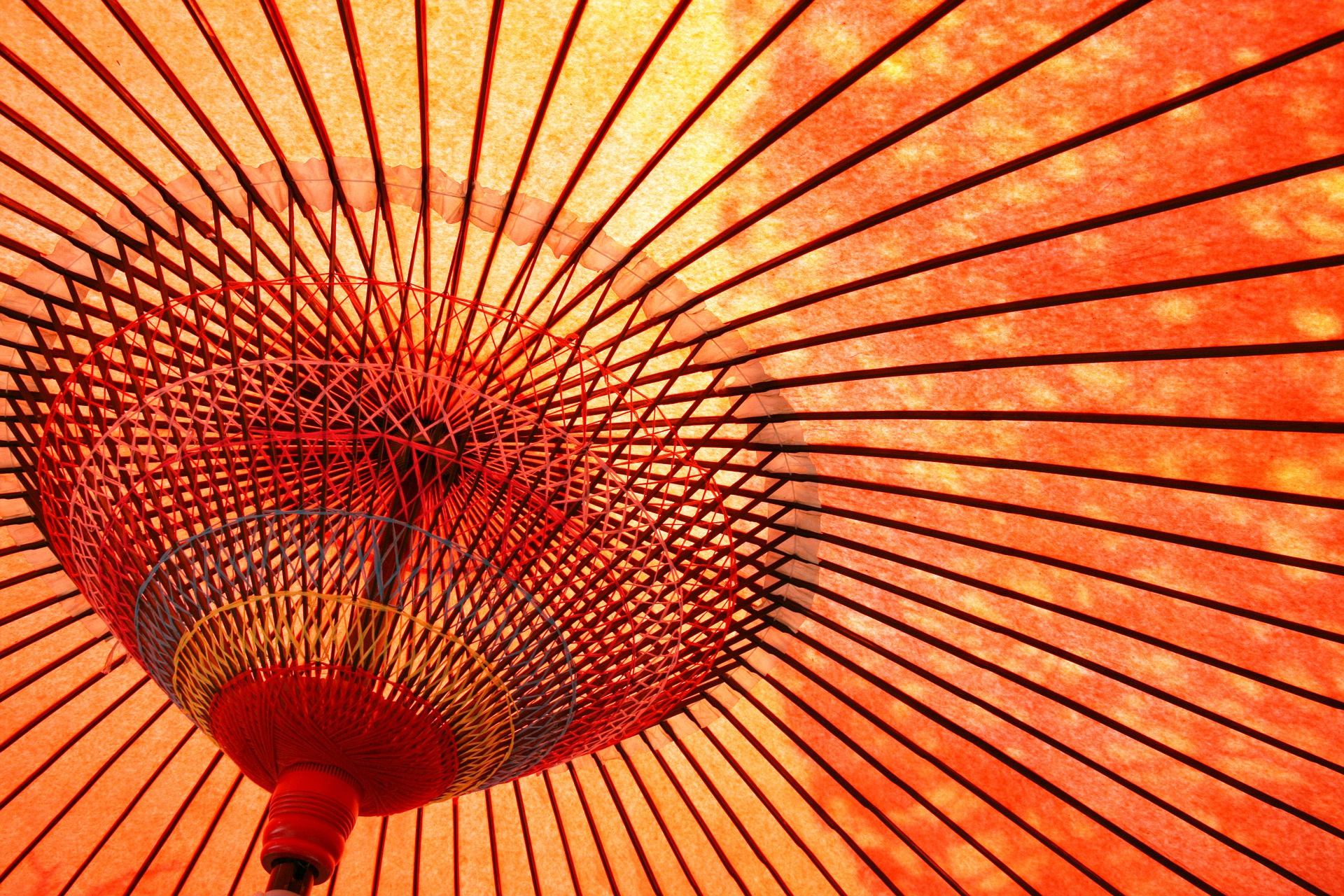 Show Notes for episode 73A of our Podcast – Adopted into the Geisha World.

Our story now looks into the life of the woman called. Mineko Iwasaki, a woman who was actually interviewed for the book Memoirs of a Geisha. Her original name was Masako Tanaka

Still alive she is now 72 years of age.

After the publication of Memoirs of a Geisha she wanted to create an autobiography to contrast it. When her book finally came out she was 53 years old.

This woman has an impressive lineage, claiming descent from the Fujiwara Clan, founded all the way back in 668AD by Fujiwara no Kamatari, descended from him one her ancestors Fujiwara no Tanaka married Emperor Saga, and together they had Prince Sumu/Sumeru.

He was given the name of Tanakaminamoto and from him Mineko’s family is descended. In the Meiji Era, Mineko’s great-grandfather had grown tired of the infighting of the aristocracy and wanted to leave. Emperor Meiji himself asked him to stay in the nobility but her great-grandfather declined. The Emperor allowed him to keep the name, but now their family shortens their name to Tanaka.

Her story starts for us when she was three, hiding in a cupboard while her parents talks to Madam Oima. She was here to ask if Masako’s sister Tomiko wished to become a geiko. This is term Mineko says in her autobiography that those with this role would often use over Geisha. Where Geisha would mean artist, Geiko means more along the lines of Woman of Art.

Oima seeing movement from the cupboard asks who it could be and so Masako meets Oima for the first time. Oima is apparently in awe of her beautiful hair, black eyes and small red lips. And so Madam Oima, the owner of the Iwasaki Okiya in Gion (An Okiya being a lodging/drinking house where geisha and maiko are affiliated during their careers.) said that she had been searching for her successor, and perhaps she had just laid eyes on her.

Her father said no, but would ask Tomiko if she wanted to join. At this point it should be said he had already given up 4 of his other daughters due to financial straits and he didn’t want to give away Masako. One day Tomiko left school, went away and never returned. Masako was saddened by this by Madam Oima only used this to turn all her attention to getting hold of Masako. She pursued the family for months, all the while her father declining to give her up.

One May day Masako remembers a woman coming to their home, a woman who sacred her so much she hid in the cupboard again. With her came 2 boys who she left at their home after screaming in hatred to her parents.. The woman would return every month to give the boys candy, all the while Masako would hid in the cupboard until she left.

Later in time, her father said he was going to visit Madam Oima and asked if she wanted to come along. And so she agreed. It was there Masako saw Tomiko again, she had started her training in Madam Oima’s house it turned out. And she also met another sister of hers Kuniko. Masako was of course confused, and to top it off the angry woman who had left the two boys at their house appeared as well.

Scared Masako cried on their journey back home.

Moving on, Madam Oima comes again a little later to pay her a visit. Months later her father takes to her see Madam Oima in Gion. They hear of her sisters good progress and this is where Masako meets another woman also called Masako for the first time.

Interestingly she gave her a nickname there and then due to her sour face. And so she called her Sour Puss.

Masako went for a walk with her sister and a dog she came to call Big John. But after when she returned to her father and they headed home, he was not himself. Masako could sense something was different, and wrong. She overheard that night her parents saying they could not let their daughter go.

Later Masako asked to spend one night at the Okiya in Gion, as a child she thought in doing so it would stop the angry lady from being mean to her parents. But she wouldn’t understand the truth for a long time. And so that night she went to spend her first night there taking her favorite pillow and blanket with her.

When they were there they all sat down for a meal, Masako reprimanding Sour Puss for beginning to eat before Madam Oima had started or even said itadakimasu. Madam Oima kept telling everyone they should listen to little Masako, and also that they could only talk to her if she talked to them first. She was putting great honor on the child and she didn’t understand why as she was so young.

These visits the continued, one day became, two , then a few nights a week. Eventually a few months after turning 5 years old she moved in to the building for good.

Instantly she was treated like the successor to the house. People giving her great respect. After a few days clothes started being made for her. Madam Oima did everything to make her happy, but one day she was startled with a revelation and accused Madam Oima of being a liar.

The angry woman, the one who has left the boys with her parents. Her name was Yaeko, and she was a sister that she never knew she had. Those boys were niece and nephew.

One day Madam Oima announces Masako is now to be called Mineko. Masako refuses to even listen to anyone when they use her new name until one day her father is called for.  But once he suggests she can come home and she doesn’t have to stay in Gion anymore she changes her mind. And allows people to start calling her Mineko.

Mineko would begin her lesson to become a maiko on the 6th of June after her fifth birthday and as her classes drew near  it was time for her to choose someone to act as her Older Sister. It was decided, to her disappointment that her sister Yaeko would take this role. Despite one of the woman in charge saying she mad many more minus’ than plus’s to her name.

June 6th came. It was 1954. Her first task was to clean the lavatory, it was the first thing someone taught to their successor. She would soon meet her teacher for the first time, and was dressed beautifully in a practice kimono of red and green stripes against a white background, with a red obi to finish it off. With that and her new silk bag holding a fan, small towel, snack and toy she headed to meet her teacher, the Grandmistess, Kyomai Inoueryu Iemoto, Yachiyo Inoue IV.

Her first lesson with Inoue was to learn how to properly hold her maiougi (dancing fan), she was reminded to say ‘Yes’ using the Gion pronunciation of ‘hei’ instead of ‘hai.’ And soon after she found herself dancing. The dance she was taught was the Kadomatsu, the first dance taught to new students.

Her lessons only continued to expand. Calligraphy lessons, koto, singing, shamisen. She had dance class every afternoon. Madam Oima slowly became more serious as the work to teach Mineko to be her successor has truly begun. She would accompany Madam Oima on her morning round, visiting the establishments her geiko had performed the night prior, to thank them for their patronage. Mineko was slowly becoming known in the Gion area.

Her dancing continued, in fact, it was the part of the day she was most excited for. Inoue once happy with the dance she had learnt beginning to teach her a new one and we see Mineko performing in front of people for the first time late in the summer. Unfortunately she made a mistake in the performance and afterwards blamed the other girls she performed with. It was only when Inoue said she need not worry over the mistake she had made did it finally dawn on her that she had made a mistake. And so the following day she apologized to the girls she had shouted at, admitting the mistake she had made. It was tradition to thank Inoue the day after performing. She again told Mineko not to worry about the mistake. But Mineko knew better, Inoue was apparently the kind of woman who would make you realize mistakes were not permissible by telling you not to worry about them.

The following year aged 6 she began school. She was shy, so much so that the teacher would play with her to get her to open up more at school, even the principle would do the same. One day after school she went to the home of someone she did become friends with, Hikari, but on her return to her home Madam Oima forbid her to go again. This was Minekos first look at predjudice. Hikari was from a group of people known as the burakumim. Polluted, unclean people, butchers or undertakers.

Aged 8 we see her go to Family Court, to be adopted by Madam Oima, she would have to say she wanted it to happen in front of a judge. She was so scared by the decision, her parents were even there, that she threw up. The judge said she would have to come back again when she was sure of what she wanted to happen.

Now turning ten she returned to Family Court in November 1959. She said she wanted to be adopted and said goodbye to her parents. That night was a celebration for Madam Oima and her house, but for Mineko it was heartbreaking. She took a ribbon from her hair and tried to kill herself with it, but it didn’t work. The next morning she hid the bruise on her neck and went to school.

Her dancing that day was a bit of a disaster. She named the dance she would perform -Cherry Blossoms at Night- and she began. But not long after starting the teacher demanded she stop. But in such a way that meant, you must stop immediately and leave. Mineko went straight home, and as she did when she was much younger hid away in a cupboard. In the end it turned out an assistant at the school had taught her this dance, but mixed up the name. It hadn’t been Minekos fault for giving the wrong name of the dance. Madam Oima and other feared the embarrassment would cause Mineko to want to return to her parents and so they  had to find a way to get her out of the cupboard.

The next day, for both parties to save face, Madam Oima and Mineko went to the school to apologize. Mineko then performing Cherry Blossoms at Night and Cherry Blossom Viewing before a small gathering.

Her adoption was finally completed  on April 15th 1960. There was no fan fare this time. But she did now have to share a room with Sour Puss.