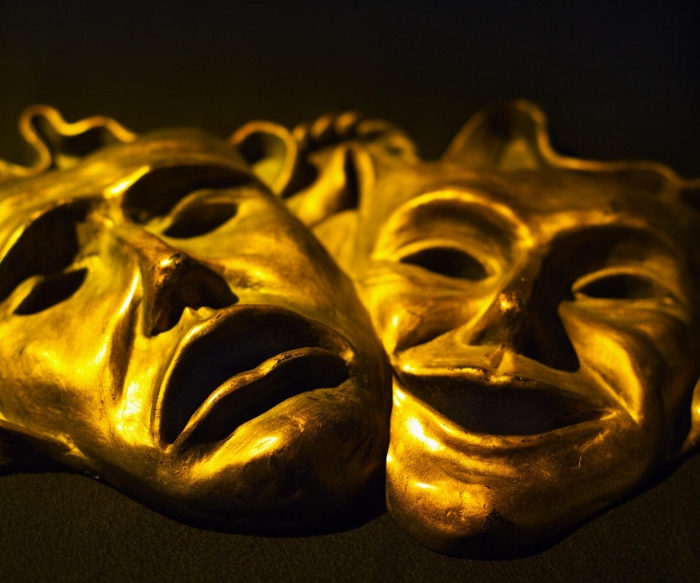 Show Notes for bonus 19 of our Podcast – Forgotten Pantomime – Gigaku.

Today we talk of an almost forgotten part of Japanese History. Japanese pantomime. Known as Gigaku.

Now as for its origins it looks like it was an import from Korea during the Nara Period around 612AD. It was brought over by someone known as Mimiashi who brought it to Korea after learning it in China. I have found other sources saying it was imported in the 20th year of Empress Suiko‘s reign, which also would fall into the year 612. It is said Mimaji (as other sources name him) arrived in Sakurai where he proceeded to teach Gigaku to the Japanese youth.

This form of performance relied upon the use of mask, much like ancient Greek theatre also did, and it is actually from the masks that we know most of what we do to this day.

Aside from the masks we can glean little parts of Gigaku’s history from a musical treatise from the 13th Century written by a Koma Chikazane as well as in the shinzei kogaku-emaki scroll which is an illustrated scroll of music.

So what can we divulge about this forgotten pantomime. Well we known the instruments used would have been mixtures of flutes, drums known as tsuzumi drums (hourglass shaped drums) and well as the use of cymbals. The performances themselves at times may have been religious in nature in some way, or been some form of mystery play, but we know they were also farcical in nature as well as performed as a danced form of drama which would have been performed as a form of miming accompanied by music. And of course like I mentioned, masks formed a big part of the act, and these masks were known as Gigaku-men.

Looking at the masks, 23 of which can be seen in the Shōsō Museum in Nara, they were made of camphor wood and are brightly coloured. They completely covered the head and were carved with comical expressions and some even included a moveable jaw. I also have seen some online said to be housed in the Tokyo National Museum but I am unsure if they are currently on display. These particular masks I will include in the show notes for everyone (though there were 3 masks I could not find pictures of. I guess I will just have to go to the museum in Nara at some point in the future!). To expand upon these masks, many show Indian Divinities such as Brahma, Garuda and Vajradhara.

Let us quickly look at the masks then, what did they look like, and what were their names.

The musical manuscript sadly only provides a small ray of light on Gigaku showing us a basic melodic contour as well as showing the placement of main drum strokes. And in addition to this it states the netori  or tuning of instruments signaled the start of the performance followed by a prelude of instruments.

After this prelude there was a parade of some kind showing off the whole cast, including the dancers and instrumentalists. Some believe the mask known as the Chidō (治道) likelt took position at the front of the parade as it is listed first in asset ledgers (known as Shizaichō – 資材帳) from temple which house these masks. Following this a lion danced (called the Shishimai) was performed as well as solo dances by those wearing the masks known as the Duke of Wu, Wrestler, Birdman Karura, and Brahman Priest.

The Shinzei kogaku-zu shows a depiction of the lion dance. On it we see one of the dancers leading a huge lions head represented by two men on a rope with musician following behind. The Gigaku form or the lion dance apparently had two forms, the Shishi (Lion) and the Shishiko (Lion Cub).

Interestingly the shishi-mai may be the only surviving remnant of Gigaku performed still during certain religious ceremonies.

This art form last until the Edo Period where it sadly died out although I have seen other sources say it lasted only until the 14th century and peaked during the first half of the 8th century. This form of performance began to die out as Bugaku (a form of dance) began to take over as the official entertainment of the Imperial Palace. Gigaku did continue to be performed in areas far from the capital but even here eventually came to not be performed anymore.