B8 Imaro and the Wani 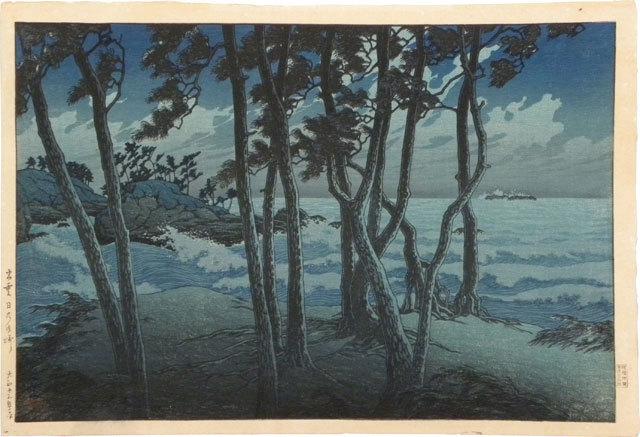 Show Notes for bonus episode 8 of our Podcast – Imaro and the Wani.

Imaro and the Wani is a short myth written down in the Izumo Fudoki. A kind of record and history of the old Japanese Province of Izumo.

We have talked about this document before in episode 9 when we told the tale of the other myth in its texts, that of the Land Pulling Myth. But today, I wanted to tell the second tale.

But before we do that, I wanted to look into the authors who wrote the Izumo Fudoki.

The first was a man known as Miyake no Omi Kanatari who is likely to have been well versed in classical Chinese literature. Aside from that and the fact he compiled the Izumo Fudoki, the only other thing we know is he lived in the local district of Aika. The other was known as Izumo no Omi Hiroshima, he was the district leader of the Ou District and also held the title of kuni no miyatsuko, a job we are not to sure as to what it entailed, but one which was surely of a political nature. We are unsure of the family name of these two men as the ‘no Omi’ denotes them as a leader with ‘Izumo’ and ‘Miyake’ being the areas they were leaders of.

Long long ago, in the province of Izumo, there was a woman walking along one of the many beautiful beaches of the Province. But this particular day would seal her fate as there was a particular wani on the beach also that day.

The wani saw her coming and waited, he waited until she was close enough to attack and then he pulled her into the ocean and ate her.

Her father waits and waits for her to return home that day, after all, she had always returned safely from her walk before, so why should today be any different? But she never returned.

Her father became filled with rage, and asked the gods of Izumo to come to his aid. His daughter had to be avenged.

And they heard his prayers.

Upon the beach he saw one hundred wani appear before him, all encircling one in their particular group. No doubt this was the guilty one Imaro surmised and so these one hundred wani brought this murderer to Imaro so that justice could be served.

Imaro slaughtered this killer, opening up the body to find the shin of a woman inside of its stomach. And so having finished his work, he felt his daughter had been suitably avenged.

So what were these creatures? What are the Wani?

Well in modern Japanese, the crocodile is known pronounced Wani 鰐 but it is unlikely to have been a crocodile as no such creatures existed back then or now in Japan.

Too add to the difficulty of translating this word, we have to look into the Izumo Fudoki. Interestingly, they translate and explain all of the creatures, people and places mentioned within their text.

All except this particular creature. So is it a Yokai? Some creature now known as something else or gone extinct?

We can’t be too sure. But some do think it could have been a killer whale as they are known to hurl themselves onto braches to catch seals.

My personal feeling though, is that it was a random name picked out of a hat for the context of this myth. They gave no explanation as their wasn’t one to give.