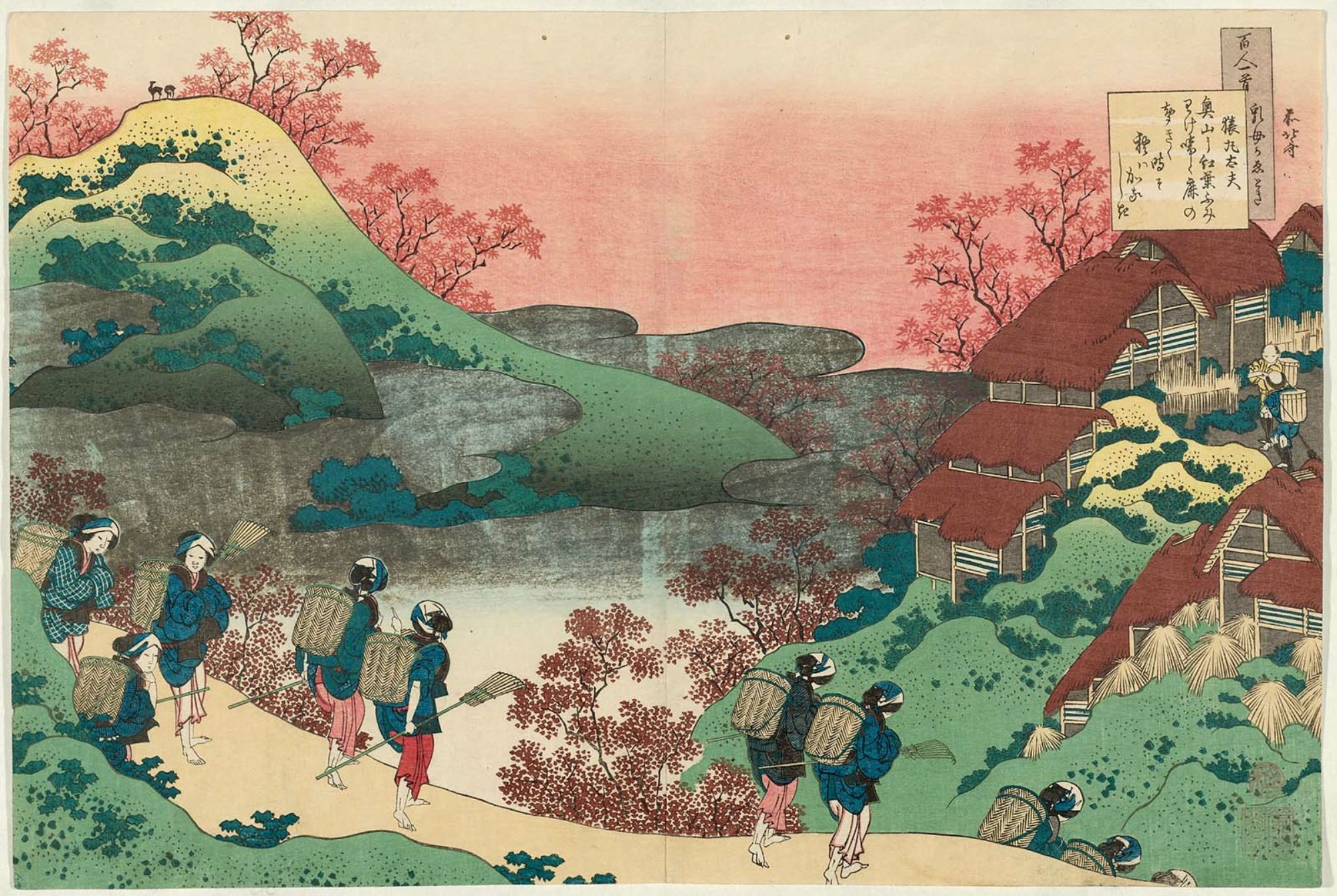 Show Notes for bonus episode 9 of our Podcast – Momiji Meat.

All the way back in Episode 16 we heard of a poem from Sarumaru Taifu that went as follows.  (From the Ogura Hyakunin Isshu.)

But we will come back to that in a moment. As my research led me to a strange Yokai known as Momonjii. These creature is made from dense fog and strong winds which join together when the hour is late and turn into these being.

It is said that any who would come across Momonji after he manifests would fall ill.

But this led me to a strange titbit of information from the Edo Period. During this time period the eating of land animals became taboo and so people had to think of creative ways to get people to be able to eat these kinds of food using a kind of code.

The wild boar was redubbed yama-kujira (mountian whale), with their meat called botan (peony). Horse meat became dubbed sakura (cherry blossom) and venison became momiji (maple). It is said that the naming of venison was a nod to the old poem we started off this post with.

Another way in which the poem could be translated goes as following.

Deep in the mountains, I hear cries of the stag searching for its mate amidst the momiji –  How sad autumn feels to me!

Now doesn’t the idea of venison being momiji give this poem an entirely new vision in your minds? The stag who is walking through the momiji could be the stag walking through herds of other deer trying to find his mate, and not just through a forest of maple!

Feature Image: Hokusai, One Hundred Poets. (Plate 5, based of the above poems.)