B7 The Tatoo Collector 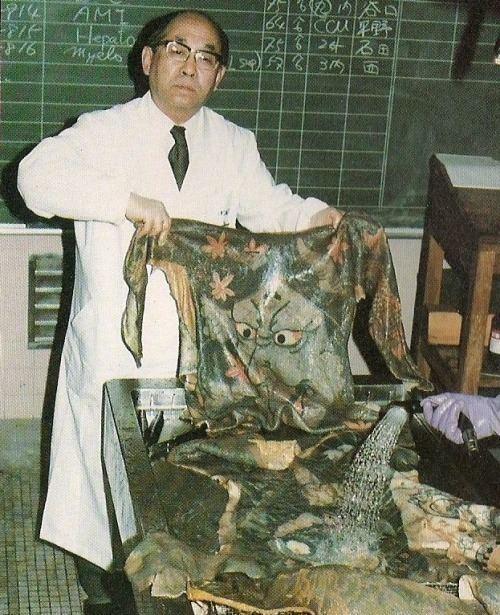 Show Notes for bonus episode 7 of our Podcast – The Tatoo Collector.

Fukushi Masaichi (福士政一) is an interesting man, born January 30th 1878, he lived until 1956 and had a single child by the name of Fukushi Katsunari. Now they are of interest to us as he and his son have become known to this day as Irezumi Hakase” (刺青博士) or what we could translate to in English as Dr. Tatoo, and this is pureply due to the fact that he the worlds only collection of tatoos taken from the dead.

He lived and worked in the sciences, his job being centered at Nippon Medical University where, at least one of the elements of his research, was into syphillis, and it was during this research he noticed that the ink used in tatoos was killing the lessions of syphillis on peoples bodies.

By 1926 this interest increased and so he began to spend more time around those with tatoos, though he himself did not have one. And those with tatoos that had died, he undertook autopsies on them, removed the skin and began research into the methods of preserving this skin. Over the coming years he collected in total around 2000 hides of skin and amassed a collection of over 3000 photos of them.

He was even known to pay for people who could not afford to complete the body tatoos they had begun, on the premise that once they died he was allowed to keep their skin.

Sadly in WW2 much of his collection was lost, aside from those he preserved inside of an air raid shelter. These skins can be viewed to this day should you visit the Medical Pathology Museum in Tokyo University.

1 thought on “B7 The Tatoo Collector”