EP38 Hachiko: The Dog Who Waited 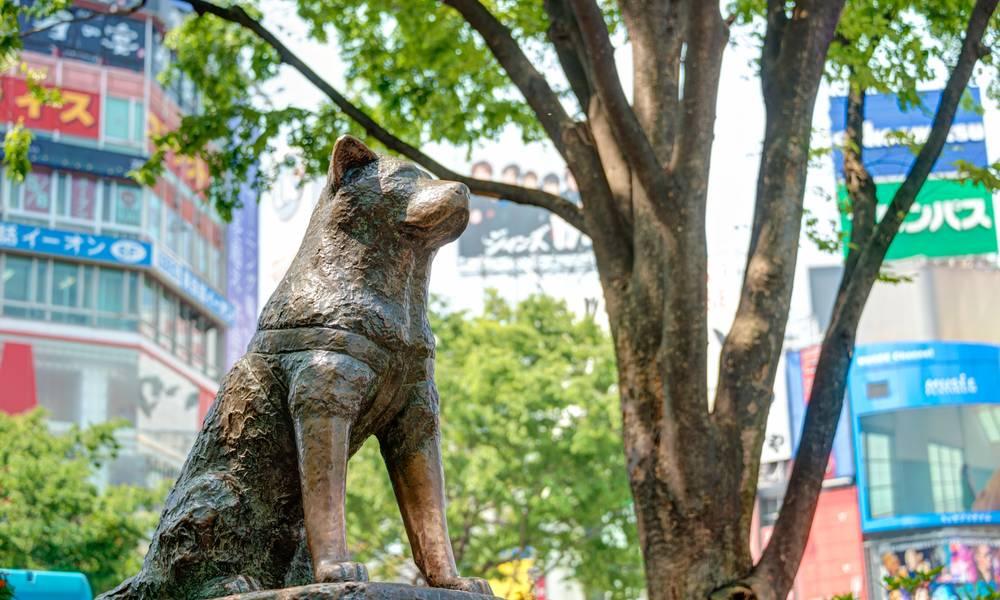 Show Notes for episode 38 of our Podcast – Hachiko: The Dog Who Waited.

To tell the story of Hachiko it is no doubt also good to know a little about the man who raise him.

Now this man was known as Hidesaburō Ueno ((上野 英三郎) born January 19th, 1872. Living all the way up until May 21, 1925. Ueno-san studied at the Tokyo Imperial University where he eventually graduated having studied in the agricultural department there, and after his graduation moved to study agricultural engineering as well as farm implement research. Once again, after graduating he moved on, eventually finding himself as a Professor where he first studied at Tokyo Imperial University and there taught within the agricultural department. So in a way his life had come full circle.

He devoted himself to teaching reclamation engineering for farmland, as well as arable land readjustment and looking into drainage systems. And after the 1923 Kanto Earthquake the technologies he had devised from his studies into arable land reclamation were used in the earthquake after math to help Japan on the road to recovery.

Sadly his life ended in 1925 at the age of 53 when he suffered from a cerebral hemorrhage actually when he was giving a lecture, and his body was laid to rest in Aoyama Cemetery, which can be found in Tokyo. Interestingly, this was one of Japan’s first public cemeteries and was one of the few which had a section to allow the burial of foreigners.

Now that is a little on the life of Ueno-san, and now it is time to move on to Hachiko.

The famous Hachiko. The dog who waited.

Hachiko (ハチ公) was born on November 10th, 1923 and lived until March 8th, 1935. He was a Japanese Akita dog, which I think perhaps are quite well known even outside of Japan. Born originally in Akita Prefecture, which is where this type of dog gets its name from, he was brought to Tokyo in 1924 by Ueno-san. It is said Hachiko was 2ft 1 in height, weighing around 90 pounds and his fur was a golden light brown, but upon his face it changed to a peach white in the upper parts of it. And it was later discovered that Hachiko was one of only 30 pure-bred Akita dogs left in Japan.

Hachiko, loved his owner, and every day he would meet Ueno-san at Shibuya station after his commute there from Tokyo University and then of course they would return home together.

That all changed obviously on 1925 when sadly Ueno-san died at work. Hachiko, of course not knowing this proceeded to venture to Shibuya station that day only to find his owner never appeared.

Now remember I said that Hachiko did not died himself until 1935. He continued on for another nine years until he too finally died, but the heartbreaking thing about all of this is that for every day until his death he would return to Shibuya station to wait for his master. Every day he would go and patiently wait, hoping to Ueno-san to appear from the station so that they could walk home together.

Sadly, at first, the dog who waited was not necessarily treat with kindness from the people who frequented or even worked at the station (though of course there would have been some who grew used to the dog and didn’t mind his presence), and it wasn’t until 1932, so at this point Hachiko had been dealing with peoples unkindness for 7 years  when an article about Hachiko was written in the Asahi Shimbun that peoples attitudes changed towards him and they began to brig him treats to keep him nourished during his never ending wait. The article, interestingly was written by an old student of Ueno-san by the name of Hirokichi Saito.

When Hachiko’s story was finally told in that news article, the people of Japan saw a lot of themselves in this dog. The ideas of familial loyalty and faithfulness. And soon parents and teachers began to use this tale to teach these ideas to children. His faithfulness even became a national symbol for loyalty in Japan.

As we said, Hachiko died in 1935, his body found on a street in Shibuya. It was until 2011 that the actual cause of death was decided upon and that not only did Hachiko have an infection known as Heart Worm, as well as dealing with terminal cancer. At the time of his death, 4 yakitori skewers were also found in his stomach, but those have been determined to have not played a role in his death.

His remains were eventually cremated, with his ashes taken to Aoyama Cemetery to finally be laid to rest with his master. His fur, was preserved after his death, and was eventually stuffed and mounted to be displayed permanently in the National Science Museum of Japan. (I personally don’t agree with that decision, they should have let the dog have his final rest, why they felt the need to preserve him for future in stead of just telling his story I don’t know.)

And that is the tale of Hachiko.

But what of Hachiko’s mother? We have talked a little of Hidesaburo Ueno, but not yet touched on his partner, Yaeko Sakano (坂野 八重子). It is said, Hachiko showed great love and affection to here whenever they were together, showing his had a love for both of his owners.

But sadly, though she loved him, and he had loved her, when she died in 1961 aged 76 she was not laid to rest with Ueno-san or Hachiko, despite her requests to her family to be buried with them.

And it wasn’t until 2013 that this changed, records of Sakano-san’s dying wish were rediscovered and so the process of moving her remains began. The Ueno and Sakano families agreed immediately to this, however it took another two years to actually come to fruition due to the many layers of Japanese bureaucracy and regulations that there are.

And upon he burial again with her partner and Hachiko the two families were reunited again and I will end this with two quotes said at this ceremony.

“By putting the names of both on their grave, we can show future generations the fact that Hachikō had two keepers,”

“To Hachikō the professor was his father, and Yaeko was his mother,”

As to his legacy, like we have said he is used as a figurehead of loyalty and faithfulness, but he has lived on in other ways.

There are numerous statues erected to him, the most famous I think being the one in Shibuya, first erected in 1934 and crafted by Teru Ando. Unfortunately it was melted down during WW2 for the war effort and the current one was created in 1948 by the son of the original artist, and he was known as Takeshi Ando. You can also find a statue in his hometown of Odate in Akita, as well as one outside the Akita Dog Museum, also in Odate. There is another at Tokyo University, though this one also portrays Ueno-san standing next to his faithful dog.

You can even find one to him on Rhode Island, in Woonsocket after the station there was used in the making of the film Hachi: A Dog’s Tale starring Richard Gere.

We have the sound of Haciko’s bark, which was found upon a record broken into several pieces. However, after some work they managed to lift it from it and keep it and on May 28th 1994, millions of people tuned into the radio to hear Hachiko’s bark one last time.

Shibuya station has named one of their exit after Hachiko and in 2004 started 4 mini bus routes around the area nicknamed the Hachiko bus.

And as for ceremonies, on March 8th every year Hachiko is remembered at his statue at Shibuya station by people (especially dog lovers) who go to honor his memory.

He is referenced in Futurama, in the episode Jurassic Bark, a play was made in Western Australia about Hachiko. In the Mange One Piece, there is a similar tale with a dog named Shushu, and there are similar tales even in the Pokemon Anime Master Quest, where there is a story about a Ninetales who waits 200 years for her master’s return.

The Disney Film, Wall-e, there is a cockroach who waits for the robot to return to earth, an homage to Hachiko. And finally in the PS4 game, Persona 5 you can explore Shibuya Station and see the statue of Hachiko, though they have changed the name to Buchiko.

Today’s poem is from Baizan. I have just a little information about him – he was from Fushimi, an area to the south of Kyoto.

The poem today came from a “paper poetry contest” in which each author sent in a written poem but didn’t perform it in public. These  contests allowed the winners to be published as well as critiqued by Takai Kito (alternate name of Yahantei) and he was a disciple of Buson.

This poetry contest allowed for Kito to fulfill his obligation for his students, which was to get their poetry published.

I did a search in Japanese, but as it’s much more difficult to read and check, even with the assistance of built in translation tools. Perhaps his full name is Sone Baizan. And according to my notes, I don’t know for sure if this poem was a winner or note, but I suspect perhaps it was not.

Water birds
Friendly
In the rain.