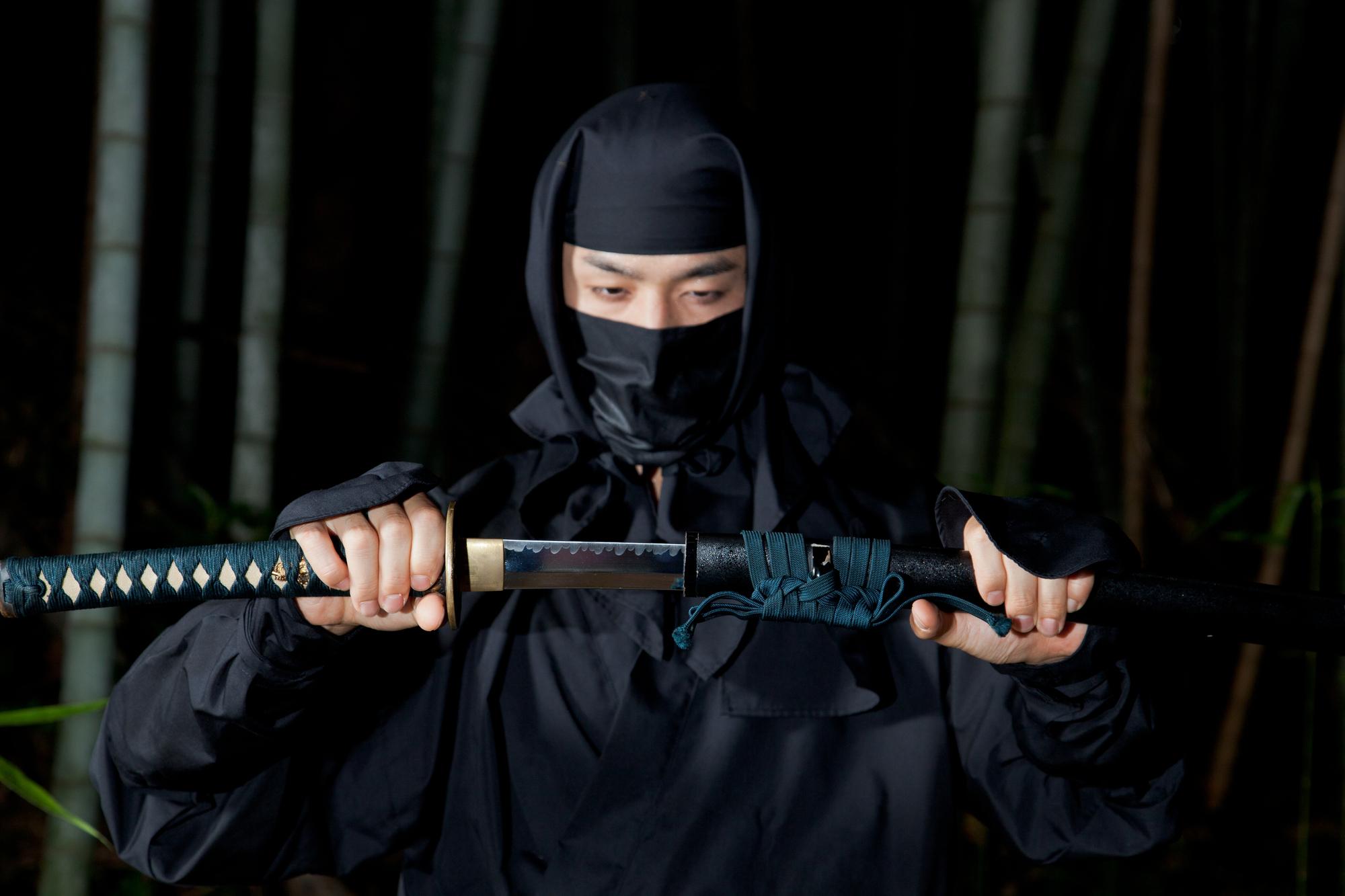 Show Notes for episode 32 of our Podcast – Ninja Arsenal.

There was no poem segment in todays episode due to the length of the Podcast.

Now I have debated a little on how to write down these show notes, as we know during the episode I gave Heather various scenarios to see how she would deal with the situation as a Ninja. I feel that might not work as well in note form and so below you will find the notes of the items mentioned during the epsode grouped by theme.

You will also find a few things we initially planned to mentioned in the episode, but did not.

So lets start with a Ninja Poem. This comes from the Bansenshukai (萬川集海 – All Rivers Merge into the Sea) This book contains a collection of knowledge from the clans in the Iga and Kōga regions that had been devoted to the training of Ninja. It was compiled by Fujibayashi Yasutake in 1676 and the poem goes as follows:

For a shinobi it is desirable not to have any anxiety or hesitation. Doubts before hand come from you own cowardice.

Tools to take with you

It is said that every Ninja had six items they would always take with them. We find them first recorded iny the Shoninki (正 忍 記 – Record of Proper Ninjutsu) a medieval ninja document from Kishū province. It was written by Natori Masatake in 1681.

There were several herbs used by the Ninja which could be uses for medicinal purposes, as well as to fill ones stomach if needs be. They were the following.

On a mission it would also have been wise to take food with you, and various food stuffs were made prior to missions, or taken with them to prepare on their journeys.

The ideal Ninja weight was said to be 60kg, or 132 pounds, and their diet meant that they would not eat strong food such as garlic, chives, onions, meat. Instead their diet would consist of tofu, miso, pickled plums, vegetables, brown rice, wheat, soba and potatoes.

If you needed to cook yourself some rice in the field but had forgotten your pan, then you could do the following to get around the problem. Wrap rice in a straw bundle or straw mat, soak it in water, dig a hole and then bury it. You would then need to burn a fire over it, and eventually it will cook. Alternatively would could put rice in a bucket, add hot rocks, and it would eventually cook.

Should you find yourslef in need of some clean water, but were unfortunately in a marsh you could dig a small hole and put paper around the hole. You can take out water which filters through the middle of the paper.

Now on a mission, it would be best for the Ninja to hide in plain site, often disguised as travellers, merchants or wandering monks. But of course this would later call for a change of clothing when night fell and their nightime activities began.

Sadly, the image of their black clothing is more myth than reality. You would find them wearing dark clothes, but more perhaps grey, brown or blue. In the case of blues, deep indigo would work well as it was thought the dye helped repel insects and venomous snakes. At times, a different color could be stiched onto the inside of their clothing, in case you need a quick change of outfit to get a way and go incognito again.

The standard Ninja attire would be as listed below.

Many weapons made up a Ninja’s arsenal and this below is by no means a completed list.

Cat’s Eyes are said to be useful in telling the time as their pupils dilate at regular patterns throughout the day.

When it comes to snoring, if someone is acually asleep then it is more stable. If you don’t have pain or emotional stress in your life it will be calmer. Labourers will have louder and more erratic snoring and ill people will have duller sounding snores.

Feigning sleep however, will vary the pitch wildly. Swallowing, sighing, or skipping breathes are also other clues. There was even a doodle sketch drawn by Basho, showing the intensity of an average snore.

Make a powder using the above and put into bamboo cylinder. Scrape off the exterior of the bamboo until the sides have thin walls, burn paper, covered in a layer of the power on top of the cylinder and light with a tinder.

It is said this will not fail in the rain.

If you have none of those, but have mercury on hand you can make the Yoshitsune Fire, or Long-Lasting torch.  (Named after Minamoto no Yoshitsune 源 義経 a military commander of the Minamoto clan of Japan in the late Heian and early Kamakura periods.)

Scrape ox horn until the walls are thin, place 5 cormorant feather spines at the bottom. Next place mercury into the spines of the feathers and cover with a lid. (Presumably this make the whole thing illuminate? Unfortunately the book I found this recipe in does not say.)

And there you have it. This is by no means an exhaustive list of Japanese Ninja items, but it is a good start for those who find themselves interested in the history of them.