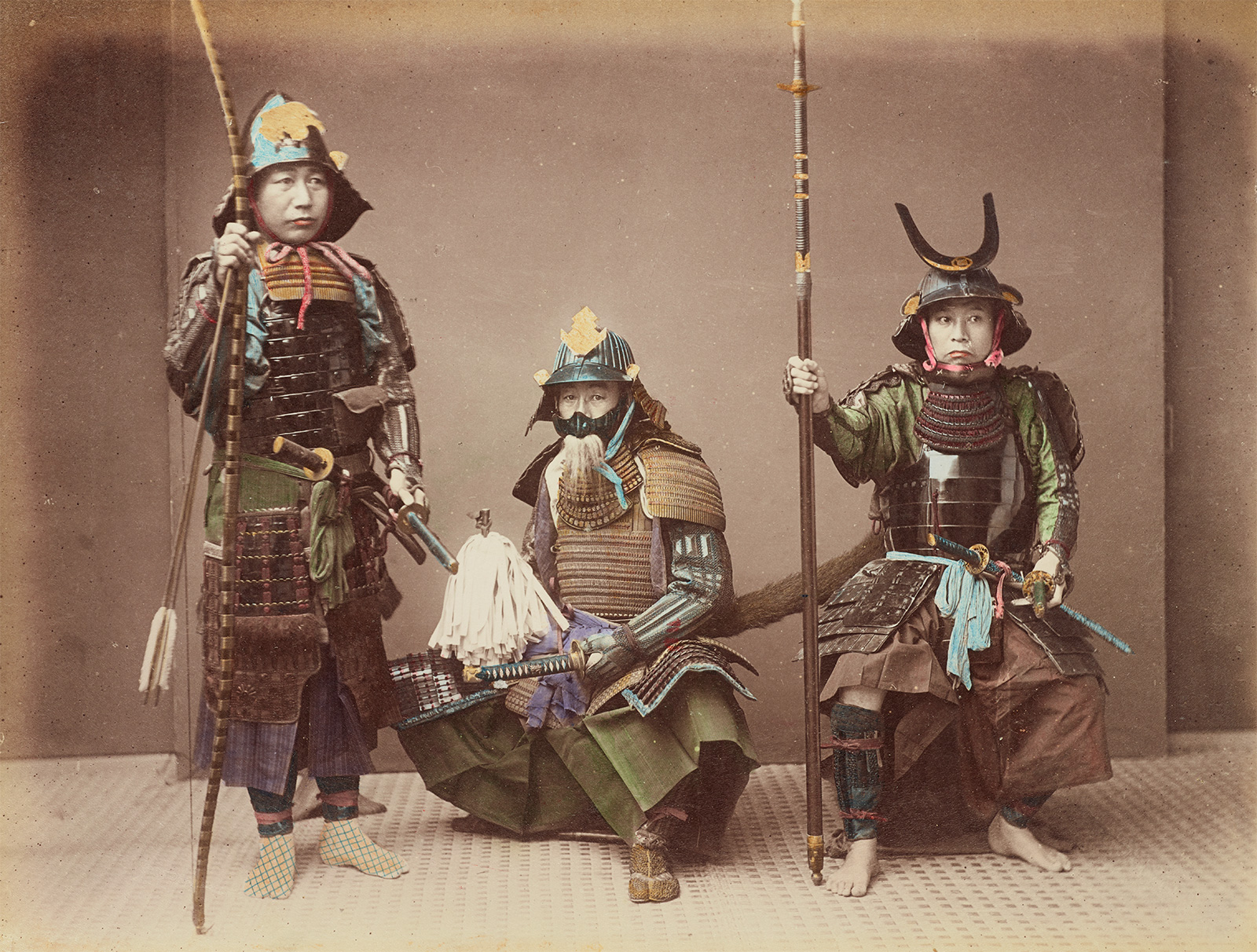 Show Notes for episode 60D of our Podcast – To Become Samurai.

After, Yasuke waited a while for another summons. Nobunaga all focused on the umazoroe (horse racing event) to come. And so Yasuke waited… and waited. Now separate from the Jesuits he had spent so long with. In essence, at least for now he had gone from the head of security for Alessandro to nothing more than someone nothing more than an afterthought.

But after three days of patient waiting, he was given his first orders. To take part in the military parade to happen the next day as part of the umazoroe. Finally, Nobunaga had recognized him being a part of his retinue now.

The arena for the event had been built from scratch only beginning mere weeks ago, and crowds now surrounded in entirely, jostling no doubt to get a view of the events to come. A pavilion had been erected also for the 106th Emperor of Japan to witness the event. The Emperor Ōgimachi.

The procession filled the arena. First Nobunaga’s chief vassals, then warriors monks, next came Akechi Mitsuhide, his chief general. After that we would have seen came Nobunaga three sons who we mentioned in the previous Yasuke episode, and finally after that, 50 retainers of Nobunaga; Yasuke included amongst them. They together made one round of the arena, then falling to the side for the rest of the event to unfold.

Yasuke watching the whole time the sheer military precision of it al. Next after this, 4 men came in carrying the throne gifted to Nobunaga by the Jesuits a few days prior, and then came Nobunaga on his horse Daikoku.

And so Yasuke watched the show, his horse guided away so he may sit in the stall on tatami to watch the 6 hours of the main event. Acrobatics on horseback, people swapping rides mid gallop as well as increasingly difficult horseback archery. All no doubt a show full of wonder and amazement to all watching, including Yasuke.  At the end Nobunaga led the mounted soldiers past the imperial pavilion for inspection.

And one week later the whole show was repeated upon Imperial Request.

And so days after the second show, Yasuke followed Nobunaga to his clan capital located at Azuchi. Time wise we are now in early May 1581. Nobunaga requested that Yasuke was to ride alongside him as they made their way out of Kyoto, to later skirt around the shores of Lake Biwa.

Eventually they made their arrival to Azuchi castle, this being the first of its style which we now call the style of a ‘typical Japanese castle.’

For the entire journey to Azuchi, Nobunaga had still not elaborated on what Yasuke’s position was to be. And after arriving to Azuchi all were dismissed Yasuke included to go to their private quarters. Some had rooms to themselves, those Nobunaga favored. But for now Yasuke was to share a room, a room in constant use, filled by those on constant rotation to watch the castle during the night and day.

Still Yasuke did not know his purpose. For the next few weeks nothing change for Yasuke, though he eventually was given his own room so he may rest better and not be disturbed by the changing of the guard. Eventually one week later, Yasuke was called to work.

He was finally given his weapons again to hold, and was tasked to watch over Nobunaga as he went about his public business. No doubt Yasuke was the ideal choice as protector, due to his prowess but also the awe it would instill in those in Nobunaga’s presence.

The Nobunaga and Yasuke relationship developed over time. During hunting trips and the like, where formality was lost and they could talk freely. Yasuke, Nobunaga, and his samurai pages all growing a little closer; Yasuke learning new sparring techniques from the Japanese, and the Japanese learning from Yasuke. Together they helped one another become even more formidable. Nobunaga all the while learning from Yasuke about the world and most importantly to him, warfare.

And so we move again to a month later, Yasuke and Nobunaga walking the upper levels of the castle together, eventually Nobunaga taking Yasuke into a modest house, a home whose roof was higher than usual. Nobunaga stated this was to be Yasuke’s home, Nobunaga having had it built especially for him and his height. At the back was a sword, holding the Oda Crest upon it.

The sword was his, the home was his. Nobunaga declaring him to be his samurai before leaving him in his new home. Yasuke was at a loss, having things he had never had before. And what was more, he now had two servants of his own and his own wage.

Now we do not know what rank of Samurai Yasuke held, but it is likely to have been one known as hatamoto. This rank acting as page to the lord. Travelling with him, and handling jobs such as finance, transport, communication and trade in regard to their lord’s needs.

Yasuke’s role had changed. He was not security now, but he was more of a consultant. One Jesuit writing “Nobunaga never tired of talking to him.” Working alongside the two dozen or so other pages to Nobunaga, these young men Yasuke learning often engaging in sexual relationships and other older Samurai. But that is entirely another topic for another day. Modern Japan very much still ignores the idea of the LGBT community, but historically it was practiced, quite openly, with no-one batting an eye.

Now some has cited that Yasuke may also have engaged in this practice and this may also aide in showing why he had such a quick rise in power. However, as of right now, it is mere academic conjecture. But an interesting one none the less.

In June, Yasuke sees a side of Nobunaga he had yet to see. He would learn why his people, though they loved him; feared him so much. It was on a day Yasuke and the other samurai had gone with Nobunaga on an outing, preparing to stay in Nagahama. However, Nobunaga changed his mind making the distance of 30 leagues back to Azuchi in one day. But, no-one would have thought it possible to make this distance so quickly and so he arrived back to Azuchi and nothing was ready for him.

Yasuke witnessed Nobunaga’s fury, servants caught unaware were bound and taken for execution. His female domestics who were not at home but at a nearby temple were rounded up with the abbot and brought to Nobunaga. Sitting and watching, Nobunaga oversaw the beheading of all the women and finally the abbot.

But one week later, he threw a sumo contest for visiting lords. Yasuke took part making easy work on his opponent, and so more were added into the ring. It wasn’t until 4 went against him at once that Yasuke eventually was thrown from the ring and defeated.

By August Allesandro visit Azuchi, planning on heading to Nagasaki once more to leave for Rome. He came to Nobunaga to ask as a necessary courtesy to leave Japan. Nobunaga saying his people should carry on with their good work so far. Yasuke and Allesandro saw one another for the last time that day.

Today Heather brings to us a new Kotozawa.

Scales were removed from eyes.

Now this is a kotozawa that also has an English equivalent and we can find it from a reference from the Bible: Paul, or as he used to be known, Saul getting his vision restored:  “Like the scales fell from his eyes.” The phrase in English can often mean a revelation, or suddenly being able to understand or “see” after being deceived.

In Japanese, the phrase is more light – to receive enlightenment or be surprised, but the meaning isn’t “heavy”.