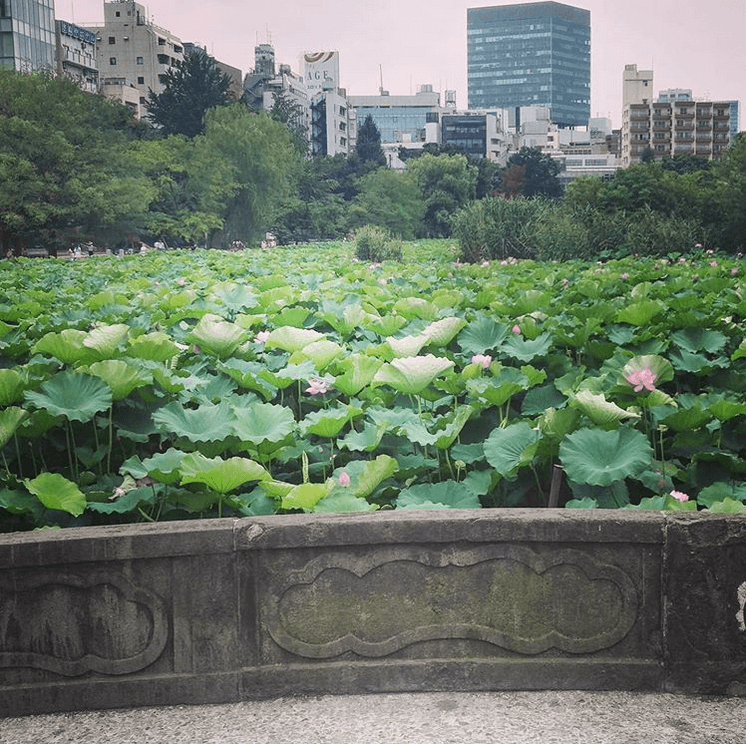 Show Notes for episode 25 of our Podcast – Temples of Ueno Park.

There are many temples in Ueno Park, and honestly the episode we did on them didn’t even really scratch the surface. And we will definitely be returning to not only talk more about the temples, but to also look at some of the interesting parts of the parks. But for now, here are the things we talked about in Episode 25.

Now of course, we should start off by talking about the park in general. Now the park itself was established all the way bac, in 1873 on land which had once belonged to the temple of Kanei-ji which still exists close by. Prior to the expansive park, there were numerous other building throughout the area, linked to the temple we have just mentioned. However, in 1868, during the Boshin War we find that a lot of these building were sadly destroyed. The Boshin War in question, for those wondering, was a battle in which the forces of the Tokugawa Shogunate were defeated in battle by a sect of people who wished to restore the Imperial Family of Japan to their original place of power. Whereas right now they had become more of a type of figurehead and nothing more.

After the destruction of many of the buildings, the city of Tokyo found themselves trying to think what they should now do with all of this open land, and so many varied proposals were put forwards including using the site as a medical school or hospital. However, we owe it to a Dutch man known as Bauduin for this area becoming the park it is today. And so in January of 1873 the Dajo-kan issued the area to be established as a public park.

Noting that ‘in Prefectures including Tokyo, Osaka and Kyoto, there are places of historic interest, scenic beauty, and recreation and relaxation where people can visit and enjoy themselves.

And with that little aside about the park, let’s delve into some of the temples here.

Kiyomizu Kanno-do was founded back in 1632, originally as part of the Kanei-ji Temple complex which covered this area. The temple, however, was not originally located here but moved in 1694 to the place it still resides today, and later between the years of 1990 and 1996 the whole complex was given a full-scale restoration.

Now the temple is of note as it is said to have been styled of the very large and grand temple of Kiyomizu-dera located in Kyoto, and other temples in the park also have been styled off area close by to the old capital of Kyoto which we will talk about soon.

Visiting this temple, you will find it dedicated primarily to Senju-Kannon Bosatsu as well as Kosodate-Kannon and so this temple has grown particularly popular for women who are wishing to try and conceive a child. Due to this, the temple also provides many charms and amulets which you can buy to help with conceiving a child.

One of the other more famous aspects of this temple is the pine tree here, which has been grafted to grow into a circle, and due to this it has gained the name of Tsuki no Matsu (The Pine Tree of the Moon). Most notable this tree was depicted in the artist Hiroshige’s 100 Famous Views of Edo made between 1856 and 1859. Sadly the tree here today is not the original and dates back to only 2011. Through the viewing platform of the temple, and looking through the circular pine you have a view down to the Shinobazu Pond and Benten-do Temple.

As we have said, we owe thanks to the temple of Kanei-ji as one of the reason why Ueno Park exists today. Originally this temple had a large complex of over 30 different buildings in the area, and throughout its history it had strong ties to the Tokugawa Shogunate which helped it stay rather rich. And that it was one of the reason it was so badly affected in the Boshin War, when the Shogunate fought against Pro Imperial Forces. There still remains a pagoda to this day for this temple (standing now next to Toshogu Shrine), however, the only was to now access it is to pay entrance into the Ueno Park Zoo.

We know the temple was founded in 1625 by a monk with the name of Tenkai. And going back to temples here being modelled off those from or near Kyoto we can see that Kanei’ji was modelled after that of Enryaku-ji, located upon Mount Hiei. Now cleverly the full name of Kanei’ji is Toeizan Kaneiji, and Taeizan means ‘Mount Hiei of the East,’ its name acting as a link to the area which inspired its construction. The Kanei part of the temples name comes from the fact that it was built during the Kanei Era which dates from 1624-1644.

This temple acted as the Kimon (which we discuss in Episode 16) for the area. Built to the North-East of Edo Castle to protect it from the bad luck which was said to comes from the North-Easterly direction. Almost in homage to this Kimon element, the main Kanei’ji building which is located now just outside of Ueno Park is covered in ornamental roof tiles known as Oni-gawara of ‘Devil Tiles.’ These tiles, using Oni imagery were designed to helped in scaring away the evil forces which stemmed from the north-east.

A final thing I wanted to mention which I found interesting was a particular monument here within the temple complex known as the Mushizuka-hi. The Monument to Insects. This monument was set up back in 1821 as a dying request by a man known as Sessai Mashiyama who lived from 1754 to 1819. During his lifetime as well as being a aristocrat he is know to have created a book called the Chuchijo, a natural history book on insects which included a lot of sketched. Now in the hopes of honouring and appeasing the creatures who had died so that he could use them a models of his sketches this monument was constructed and can still be seen to this day in the temple grounds.

The Toshugu Shrine, stands next to the Pagoda of Kanei’ji temple, this shrine being founded back in 1627 as a place to enshrine the founder of the Tokugawa Shogunate, Tokugawa Ieyasu. In this place, Ieyasu is also called by the name of the ‘God Lord’ or Tosho-daigongen in the original Japanese. Now the main building here is rather impressive in that it has survived since its construction in 1651, meaning not only did it survive the Boshin War but it also lasted through the Great Kanto Earthquake in 1923 which devastated the city of Tokyo and surrounding Prefectures, including Chiba and it survived the bombings of World War 2.

The shrine is known for the bronze lanterns which are located within its ground, 50 in total, and additionally many people come here to visit the Peony Garden attached to the complex. The Peony Garden always seems busy and is 700 yen for entry. (I sadly have yet to visit the garden).

Now these two temples are located on the same grounds right next to one another. It is said that no one can remember exactly when Hanazono Shrine first came here, only that it has been here ‘for a long time.’ However, we do know that after the establishment of Kanei’ji, Hanazono became the guardian of the temple.

Gojoten similarly has very old and tentative origins. We don;t know the exact time when it came to be, however, legends state it was founded some 1900 years ago. It was then relocated for a time elsewhere in Tokyo, but finally returned here to Ueno Park in 1928. The current buildings of both shrines date from 1928.

Let us start with the Shinbazu Pond, which the temple of Benten-do sits within.

Now the story goes that this pond was styled to be Tokyo own Lake Biwa, which is a rather large lake just to the north-east of Kyoto. Again the people of Edo were attempting to bring more of the old capital into the new capital. A few years after the establishment of Kanei’ji, the monk who founded it (Tenkai) decided to build a smaller island within the pond. The island, known now as Bentenjima was built to imitate the island of Chikubushima which sit within Lake Biwa. So too, the temple of Benten which was built upon it was made as a replica of a temple which sat upon the island of Chikubushima. Historically this temple was only accessible by boat until the construction of a bridge in 1672. Sadly the original building did not survive the bombings of World War Two and the current building dates from 1958.

The temple itself enshrines the goddess of Benten (or Benzaiten) within it and she can find her origins back to the country of Indian where she was seen as a river goddess, and apparently the associations she had with water never truly went away which is why her temple can be seen upon the water of the pond. Overall she is thought of as the goddess of things that flow, such as words, wisdom, wealth, music and dance. Additionally, a statue of her within the temple shows her with eight arms holding different weapons to signify her keeping evil at bay. Due to her associations with music, people often come to this place to pray to her so they may be successful within the arts or to pray for a successful business.

And there you have it, some of the history behind the temples of Ueno Park. We hope it helps you to understand a little more, the places you will see on your wanderings around the park.